In late 2016, Sky and 21st Century Fox reached agreement on a takeover bid by the media giant. However, the deal was challenged by Comcast earlier this year with a $30 billion offer to buy the British telecom and media company, marking the start of a long acquisition battle with 21st Century Fox. 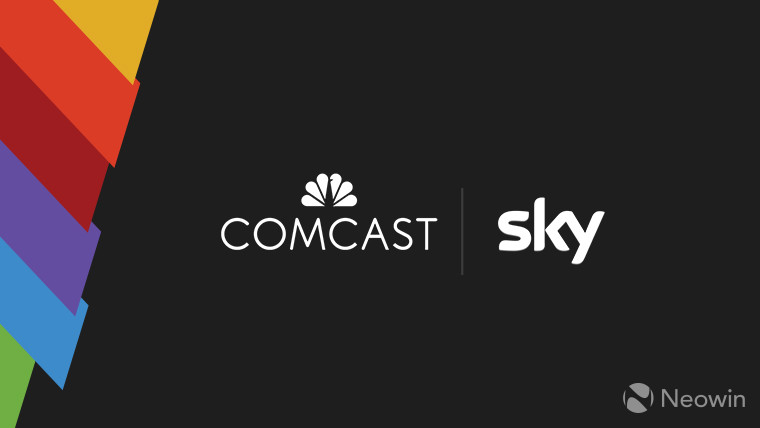 Now the takeover contest has come to an end, with Comcast emerging victorious after outbidding 21st Century Fox with a final offer of $40 billion for Sky. As part of the auction, Comcast announced that it will acquire the entire issued and to be issued share capital of Sky with an offer price of £17.28 (~$22.57) per share.

Regarding the company's triumph in acquiring Sky, Comcast Chairman and CEO Brian L. Roberts said in a statement:

"This is a great day for Comcast. Sky is a wonderful company with a great platform, tremendous brand, and accomplished management team. This acquisition will allow us to quickly, efficiently and meaningfully increase our customer base and expand internationally. We couldn’t be more excited by the opportunities in front of us. We now encourage Sky shareholders to accept our offer, which we look forward to completing before the end of October 2018."

During the settlement auction held on Saturday, 21st Century Fox offered £15.67 (~$20.46) per Sky share, up from its original offer of £14 ($18.28) per share. The acquisition is expected to bolster Comcast's presence in the international market as Sky commands 23 million subscribers in the UK, Ireland, Germany, Austria, and Italy.