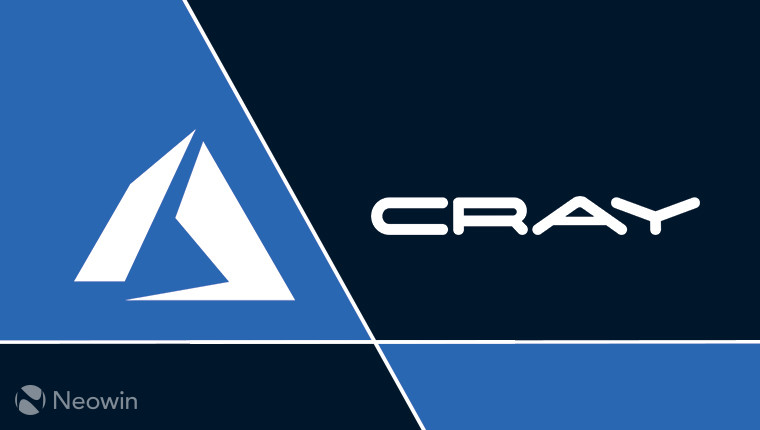 Cray, one of the world's leading supercomputer manufacturers, has announced a new partnership with Microsoft, which allows its systems to be used in Azure datacenters whilst seamlessly integrating with the Redmond giant's cloud offering.

This new effort is aimed squarely at compute-intensive workloads like AI, full-scale modeling simulation, and advanced analytics in fields like biotech, autonomous vehicles, and aerospace engineering, to name a few.

Of this joint initiative, President and CEO of Cray, Peter Ungaro, said:

"Our partnership with Microsoft will introduce Cray supercomputers to a whole new class of customers that need the most advanced computing resources to expand their problem-solving capabilities, but want this new capability available to them in the cloud"

Customers in select Azure datacenters - which ones is not yet clear - will be able to provision either Cray XC or CS series supercomputers, with attached Cray ClusterStor storage systems, which connect directly to the Azure network and integrate with "Azure Virtual Machines, Azure Data Lake storage, the Microsoft AI platform, and Azure Machine Learning services." If needed, the Urika-XC analytics and CycleCloud software suites can be used to manage hybrid HPC (High-performance computing) systems.

An interesting approach that is not expanded upon is that Cray and Microsoft aim use this hybrid offering to target those who haven't previously been able to purchase or maintain an on-premise system from Cray.

More information about specific pricing and implementation of this solution can be obtained by filling out the form on this page. As for its availability, Neowin has contacted Microsoft and will update this post when more information is available.

This is of course not the first time Microsoft and Cray have joined forces, with the two companies collaborating previously on the Cray CX1 supercomputer.

Update: A Microsoft spokesperson has provided Neowin with this statement regarding the availability of Cray supercomputers in Azure datacenters:

“Cray supercomputers will be available initially only in the United States South Central region. We are working with Cray to support Azure Government regions. Additional regions, including Europe and Asia, will be supported based upon customer demand.”