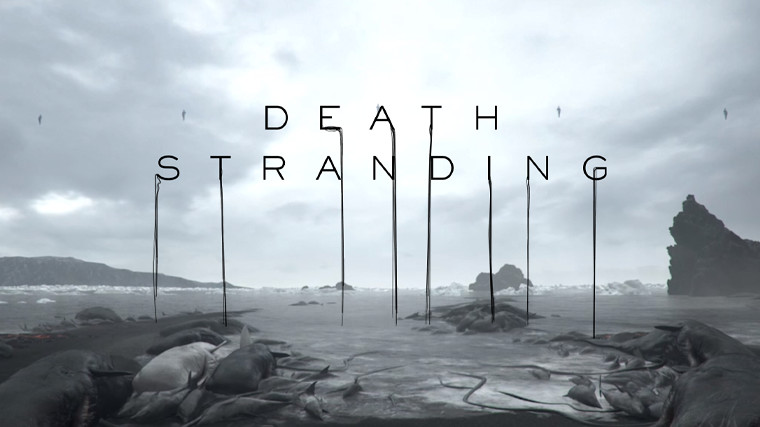 The two new character trailers focused on Mama and her invisible floating baby that was born "on the other side", as well as Deadman, who explains the connection between the main character Sam and the Bridge Baby (BB) he carries around with him, and how they work.

A brief gameplay demo was also shown today, seen below, which showed Sam waking up and relieving himself onto some plants, where strangely enough a giant mushroom grew. Kojima also teased that this tactic may be used as a weapon, though it will be optional. We also get another look at the expanding ladder that was visible in the previous trailer.

Shortly after, Sam manages to fall down a cliff, leading to his BB becoming agitated. This made the game prompt the player to soothe the BB using the PlayStation 4 controller's motion controls as a mini-game. Geoff Keighley also appears as a cameo in the game, and Kojima confirmed that he's not the only recognizable face that players will find.

Putting the strangeness aside, all the mysteries will hopefully be solved when Death Stranding hits the PlayStation 4 on November 8. There are rumors circulating of a PC launch, but nothing has been confirmed yet.