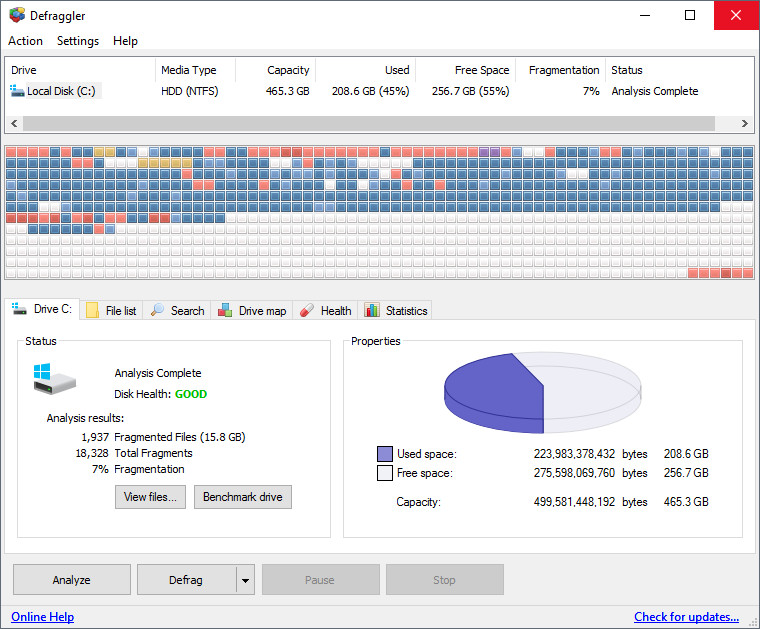 Most defrag tools only allow you to defrag an entire drive. Defraggler lets you specify one or more files, folders, or the whole drive to defragment. When Defraggler reads or writes a file, it uses the exact same techniques that Windows uses. Using Defraggler is just as safe for your files as using Windows. At a glance, you can see how fragmented your hard drive is. Defraggler's drive map shows you blocks that are empty, not fragmented, or needing defragmentation.

Defraggler is made by Piriform, the company that also brought you CCleaner and Recuva, so is completely free!