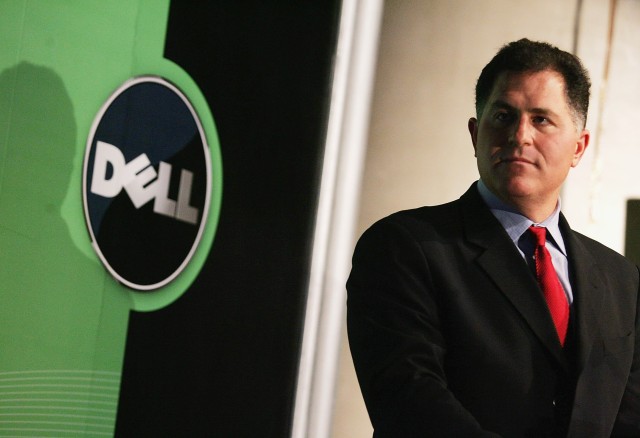 We first heard back in January that Dell was potentially going private, buying back shares to take it out of the public business market. Today the Wall Street Journal is reporting that the deal has almost been finalized, and the company will reportedly spend $23 billion to buy back stock at between $13.50 to $13.75 a share. Dell has been a publicly traded company since 1988, so this could mean the end of a long era for the #3 PC manufacturer.

Where would Dell be getting the money for the $23 billion buyback? The answer lies in a number of channels: founder Michael Dell would contribute his 16% valued at $3.7 billion, a further $2 billion would come from a Microsoft investment, Silver Lake Partners would contribute over $1 billion, and an investment account controlled by Michael Dell would put in $700 million. The remaining sum (about $15 billion) would be loaned from four banks, according to people familiar with the matter.

Despite a potentially significant investment made by Microsoft, there is little chance they will be given any sort of control or board seats at the company. Instead, the deal would be used to "tighten their commercial relationship regarding the use of Microsoft's Windows operating software".

The deal's state is currently still fluctuating though, and it's unclear exactly when (or if) an announcement will be made. Even if plans are announced for a share buyback to turn the company private, Dell's shareholders would still have to approve the deal, and it remains to be seen if they will support the motion. Meanwhile, if the deal goes through, private control of the company could lead to a rejuvenation of their slipping consumer PC market.