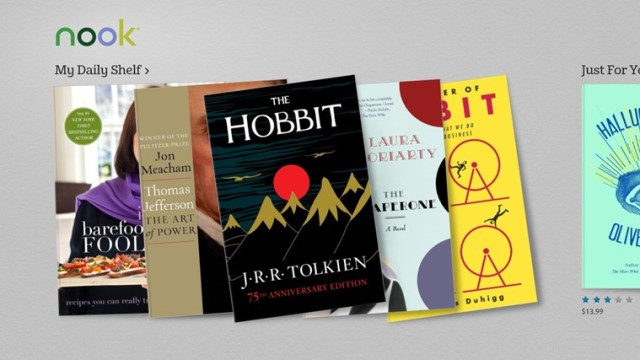 Barnes and Noble launched its Nook app for Windows 8 in November, combining an eReader with its own in-app store for purchasing eBooks, along with subscriptions to electronic versions of many major newspapers and magazines. However, in order to access the store, you had to sign up for a Barnes and Noble Nook account.

Today, Barnes and Noble launched a new version of the Nook Windows 8 app in the Windows Store that adds the ability to sign into the Nook storefront with a Microsoft account, such as the one used for signing into Skype, Outlook.com and more.

Microsoft and Barnes and Noble are already partners in the Nook Media subsidiary. In a press release, Jamie Iannone, President of Digital Products at Nook Media, stated:

There doesn't appear to be any more additions or improvements in this new version of the Nook app other than the Microsoft account support.