Dell unveiled its vision of a more 'intelligent' computer workspace today, in the form of a "smart desk" concept that's rather vaguely defined.

The concept was unveiled ostensibly as an excuse to trumpet the capabilities of its new 27-inch UltraSharp display with what it calls "Ultra HD 5K resolution" - that's 5120x2880px to you and me. The monitor will be available to pre-order on November 13, with deliveries starting on December 18, and is currently priced at $2,499. 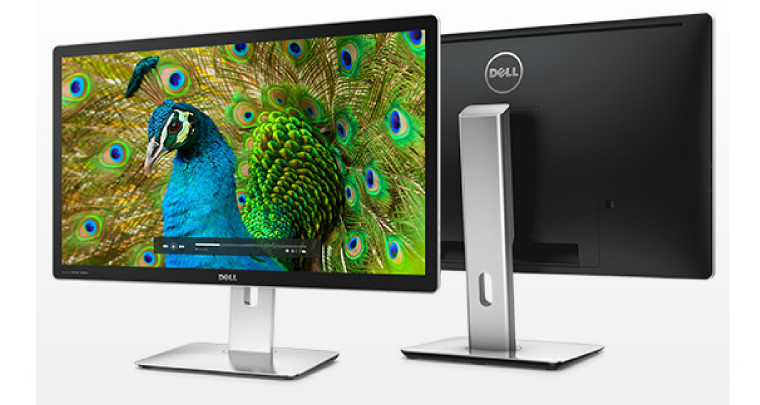 That price tag puts it out of the reach of most PC buyers, who will only be able to dream of owning such a large and high-resolution display - but as long as we're on a flight of fancy, let's indulge Dell's smart desk concept too.

"Paired with a vertical display and powered by plug-ins to key ISV [independent software vendor] applications," Dell says, "it instinctually separates seeing from doing; primary work activities are close to the user while secondary ones are further away, accessible through intuitive screen swipes." 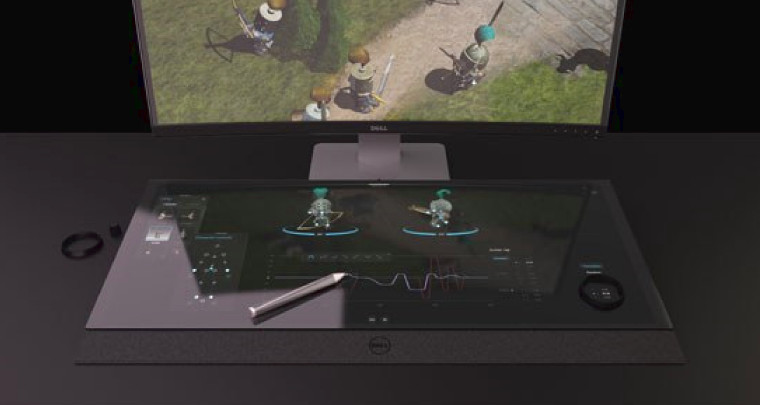 Okay... that doesn't really tell us much about what Dell has in mind here, beyond some vague allusions to an adaptive user interface. But it continues: "Ten-plus finger touch functions as well as high-performance pen functions and gestures, paired with a new generation of tools naturally located on a horizontal surface, will allow users to easily manipulate digital content without having to step away from the task at hand."

Still pretty vague. Where are the specifics? Dell goes on: "This digital desktop allows for multiple desks to be clustered around specific projects, notes that can be searched and shared, and better organization with scaling and stacking of growing content. In fact, any smart desk workspace will allow users to pick up their work session wherever they left it - regardless of location. This means that the creative cycle will never miss a beat."

...and that's it. No further information provided on this concept, beyond the image you see above, and the rather fuzzy picture being painted in somewhat broad strokes by the description that Dell has shared. In short, this doesn't seem to be a concept that Dell is really committed to in any meaningful way - in fact, it appears that it just wanted some cool concept art to accompany the launch of its new monitor.