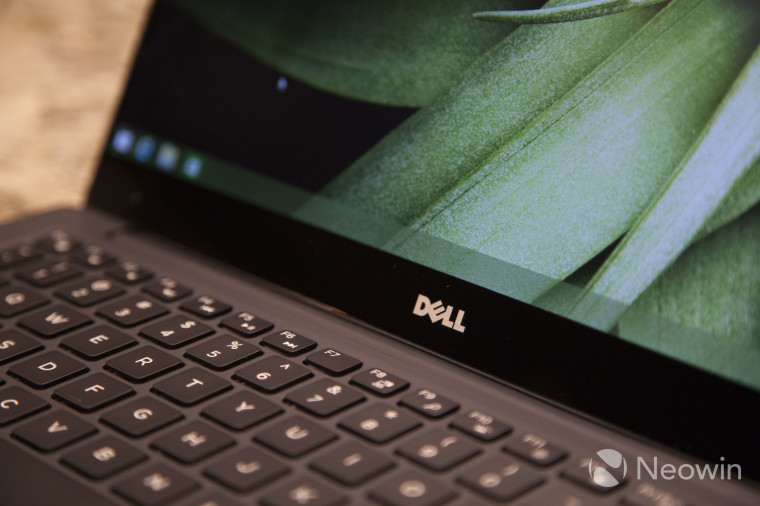 Dell managed to receive a lot of praise earlier this year when it unveiled its XPS 13 laptop, which features a nearly borderless screen. It now looks like Dell is holding on to that winning design and bringing it to the 15-inch version of the device.

The XPS 13 was universally praised when it was released, mostly for its gorgeous display, and overall beautiful design. We even called it “amazing” in our full review, which you can read here. And it looks like we’re in for a treat, as the 15-inch model XPS was unveiled earlier today at Computex.

Talking about upcoming devices for Windows 10, the Microsoft team also gave us a sneak peek at the new XPS 15, which comes with the same “Infinity Display” that received all the praise on the 13-inch model. It also comes with the same thin design, meaning the new device should be considerably smaller than other 15-inch laptops on the market.

Unfortunately, that’s almost everything we know about the new device at this point, as Dell hasn’t shared any further info. We can make an educated guess, and speculate that the XPS 15 will likely feature Intel’s fifth generation of Core chips, and possibly even support Intel’s webcam technology used for facial authentication with Windows Hello. But those are just guesses at this point.

What we do know for a fact, is that the new XPS 15 will launch later this year, alongside Windows 10. And we’re bound to learn a lot more info as we get closer to that, so stay tuned.

Source and second image: The Verge