At the beginning of the year, HP unveiled a pair of affordable mini-PCs, offering fairly basic specs but at a pretty affordable price, squeezed into a small and stylish package. Today, Dell has unveiled a similar product around the same price - but rather than focus on making its new Inspiron Micro Desktop a thing of beauty, the company appears to have gone in totally the opposite direction. 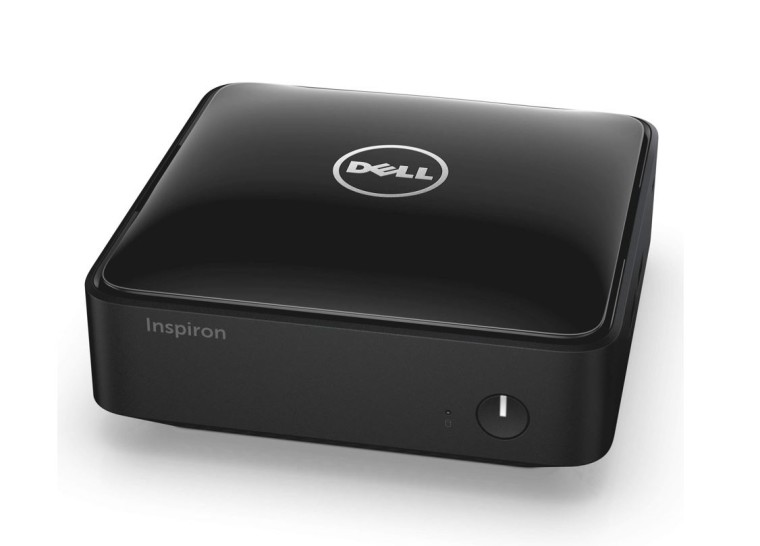 The mini-PC is intended to connect to the TV in your living room, or even a computer monitor anywhere else around the home - indeed Dell says that its "simple and streamlined design [is] engineered to blend in with other household devices". Perhaps, if you're lucky, the bland styling may blend in to such a degree that you never have to actually see it again.

Two models will be available, both in black: One includes a dual-core up-to-2.58GHz Intel Celeron J1800 processor, while the other has a more powerful quad-core up-to-2.67GHz Intel Pentium J2900. Both versions come with 2GB of RAM and 32GB of onboard storage.

Both models also run Windows 8.1 with Bing, and include HDMI and DisplayPort connectors, along with four USB ports and a 3-in-1 card reader, as well as gigabit LAN, Bluetooth and 802.11ac Wi-Fi.

The Inspiron Micro Desktop is available now in the US, Europe, the Middle East, and Africa, with prices starting from $179.99.