The past few weeks have definitely been interesting for Demonoid. The site, hosted in the Ukraine, went from a massive torrent hub suffering constant DDoS attacks to nothing, after a raid by Ukrainian police that also led to the shutdown of the site. 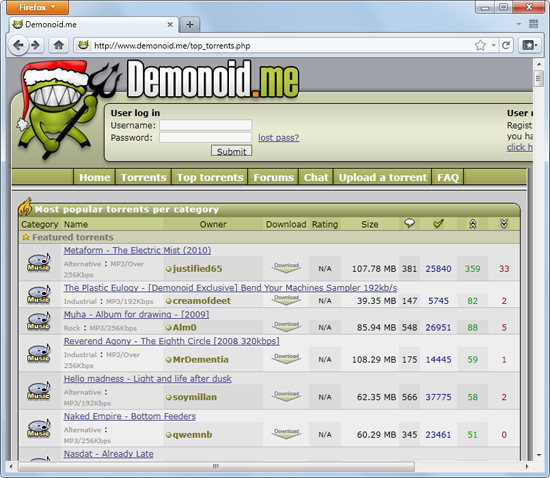 People remained hopeful Demonoid might return again so they could get their fix of - let's call it 'discounted' - music, games, and everything else. It doesn't look too likely now, with the discovery that you could buy the domain.

Up until today, the site's technical administrator had control of the domains, and it was believed the site could be setting itself up in Mexico again. Investigations in Mexico are currently underway and there actually have been arrests. Demonoid's collapse has been a true fall from glory, with the site previously being the 538th most popular on the internet in 2010.

If you'd like to buy the second most notorious name in torrenting, you have three choices. Demonoid.me, .com and .ph are all for sale on Sedo. Since traffic to the domains remains high with people hoping for the return of the site, you can be assured they're not going for cheap. 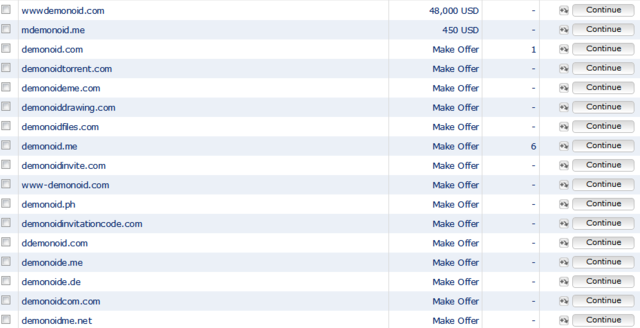 Much controversy has occurred over the situation surrounding Demonoid. The site was hit with almost constant DDoS (Distributed Denial of Service) attacks for some time leading up to the swoop by authorities.

Some articles have painted the United States as the party responsible for the shutdown of Demonoid, since it happened only a matter of time before the arrival of a key Ukrainian politician in the USA. Whether this is the case or not, the site has been gone for a week now, and had been inconsistent for some time before. The death blow to the Demonoid name and legacy could be a high bid away.

If you'd like to own the domain, and you have some cash floating around, then feel free to stick a bid in. Some of the URLs might not be related to the site, but quite possibly masqueraded as the real thing for some time.