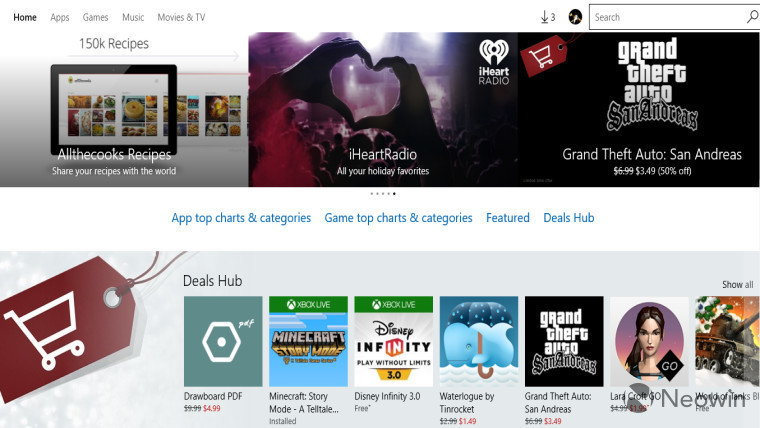 A developer has taken the time and the data to analyze one aspect of the Windows 10 digital store, the “New and Rising” app chart. According to his findings, the apps listed there are neither new, nor rising and, in fact, could be best described as old and static.

In today’s digital ecosystems, having a robust digital app store, with a large number of offerings is paramount if you want to get traction with users. It’s a lesson Microsoft learned the hard way with its doomed-to-fail Windows Phone efforts, and one that the company is still struggling to come to terms with for Windows 10.

And today this issue was brought to the forefront once again, by author and Microsoft MVP Matt Lacey. He analyzed the way the Windows 10 Store charts different apps over time. Looking at a period of four months, from March 1st to June 30th, Lacey took a close look at the first page of results in the “New and Rising” category, a chart that should hold the interest of users and be a target for developers.

Unfortunately, his findings were by no means encouraging. According to his report, over 122 days, the chart only saw new entries on 100 days. During that time there were 202 new entries in the chart, though 65 of those were apps that were entered up to 3 or 4 times.

Over 4 months Lacey found there were a total of 209 different apps listed in the “New and Rising” chart, with those hitting the top of the chart staying there for an average of 40 days.

All in all, this means out of 72 apps that were there at the start of the period, 62 were still there at the end, after 122 days.

This is both important and disappointing, because Microsoft’s Store still seems somewhat subpar. A robust and dynamic digital store is crucial in attracting both users, who can find new and interesting apps, and developers who see true earnings potential in it.

If Microsoft fails to provide a good environment for the apps it wants on Windows 10, something it has had trouble with so far, then developers, and subsequently users, will avoid using the Store and the company might see history repeat itself.

Source: Mrlacey.com | Thanks to Alan Mendelevich of Adduplex for the tip!