Microsoft has announced that the newly released version 16.0.7920.1000 of the Office 365 client software will contain a significant improvement in Proofreading tools in the new Editor pane. The Editor pane, which replaces the Proofing pane in Word 2016 and Outlook 2016, will improve upon the Editor Tools released to Office 365 Insiders in September.

The Editor Tools allow for context-based editing and proofreading for your documents, leveraging machine learning and natural language processing. It is designed to improve a user's writing beyond just spelling and grammar by suggesting synonyms and the correct usage of a word based on context. 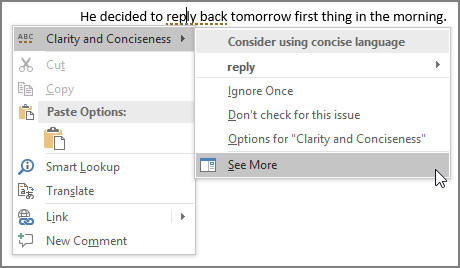 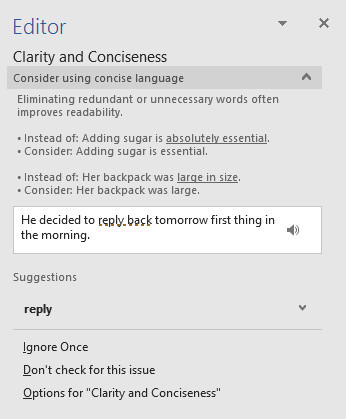 The new Editor pane makes it that much easier to utilize the new features, by allowing the user to See More when they encounter a blue or gold dotted flag and decide on different wordings of the thought they are conveying, as shown above.

Access to the new editor features requires an active Office 365 subscription on the Insider Program, and while the pane is available in all languages that support spell checking the Editor-specific gold flags are only available in English for the time being.