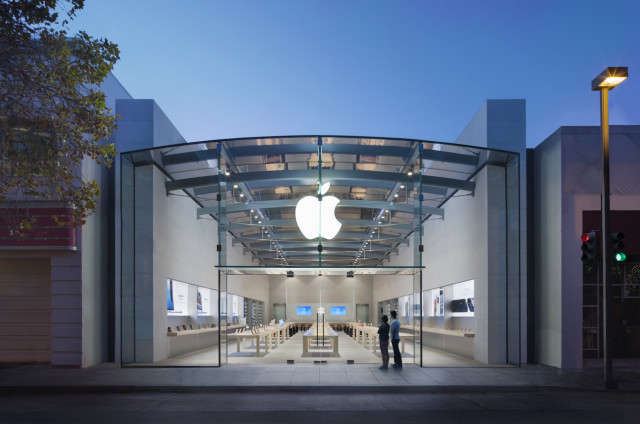 Apple is one of the most influential companies in the world, who have defined the way we compute by spotting markets that need change, and the solutions for them before anyone else. It's hard to imagine a world where their innovations aren't present, and their devices aren't everywhere you look. But for as long as I can remember, everything Apple has ever produced has created frustrating contention. From every announcement, rumour or interview with an executive, we get some excellent debate, and some insightful scrutiny, but even more so we get trolls and people who just do not understand the company.

Many of us see them as an evil corporation set on making money from brainwashed teenagers who are mesmerised and enthralled by glimmering slabs of aluminium, and so leave Apple with far too much hate. They are successful, and produce popular and powerful products, so why spend your time criticising them? 'It's not fair, because Android is far more customisable!' people scream and shout from every corner and 'Windows Phone deserves more attention!', is murmured from a devoted but sadly small Microsoft fan base. These statements are absolutely true, but is any of this Apple's fault? Is it really worth posting a comment on every Apple related news article complaining that they've 'stopped innovating'? 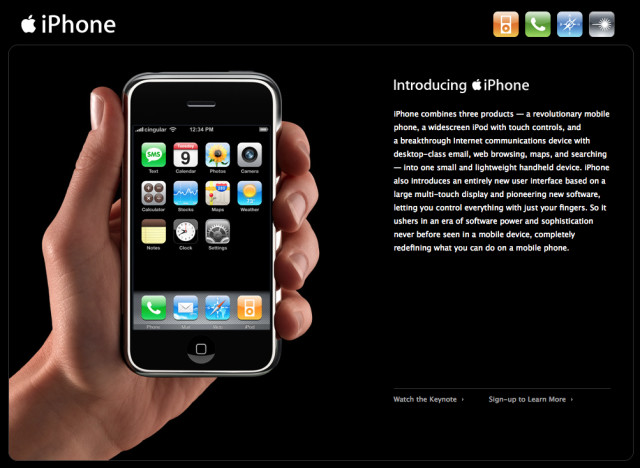 Personally, I see Apple as the most interesting company in the technology landscape. They produce some of the best products, and have a devoted, passionate, and admirable executive team. But I'm not an Apple fanboy. I own an Android phone, which replaced a Windows Phone 7 device. I can see when Apple make mistakes and can't defend Apple maps in any shape or form! But I will do everything possible to stand up against people who don't understand their ethos and say that the iPhone 5s is the same as the iPhone 5'same', because it has an almost identical outer body. Everything Apple omit, everything they include, they do so for a reason, and usually a good one. Now I want you to appreciate that condemning Apple is not worth your time, because frankly, most of the time, you're wrong.

Let's start with the iPhone. A product that has defined Apple in the last six years and has driven the industry forward in much of that period. It doesn't lead in terms of specs, and not even always in sales. The Lumia 925 and HTC One show that other companies are capable of similarly high levels of hardware design, and the small screen size is a pain for some. It would be easy to say the iPhone is a lifestyle choice, and that there are better phones but people prefer the simplicity and elegance of iOS, the rock-solid ecosystem and the unquestionably beautiful industrial design. But that would be wrong. Despite not leading when it comes to raw numbers, in real world usage, the iPhone 5s works exactly how you expect: smooth, fast and efficient. Apple have been known to market the Mac as a computer that "just works" and the same now applies to the iPhone. Customers want a phone that does everything they need, well, and without hassle. Android sadly doesn't provide this due to fragmentation (although that's a rant for another day) and Windows Phone just doesn't have the apps (which still leaves me disappointed). The iPhone 5s may have the same body shape as the iPhone 5, but the new internals assure that it runs consistently fast, supports more versatile apps, and Apple even throw in a few gimmicky features to keep everyone happy, including Touch ID and 120fps video recording.

By now we shouldn't be surprised when Apple release an 's' device. Anyone who has followed the technology industry for more than 2 years, even apathetically, will remember that Apple only update the design of the iPhone every 2 years. It doesn't mean they've stopped innovating, as innovation doesn't only lie in what we see. There was some controversy over the A7 chip inside the iPhone 5s and its 64-bit architecture. Neowin's own Christopher White complained that it was 'marketing fluff' when in fact this was a rash judgment. The 64-bit paves the way for Apple's future, CNET reported, and while the hype over it may seem over the top, it is worth considering Apple's long term plans, which may involve building ARM based desktop processors requiring 4GB of RAM or more. We know that the transition to 64-bit was a long slog for the desktop market, so Apple have entered early on as they know the case will be the same for mobile. And while it may look like developers are going to get a hard time, it is actually easy for them to make the switch, and still support older devices as Apple have created tools to allow for the relatively easy conversion to 64-bit. They also have promised a future version of Xcode that will allow a single app to contain both the 32-bit and 64-bit binaries. The fact of the matter is, it is very easy to fall for Apple's marketing, but it is equally compelling to try and debunk it when it looks over the top. In reality, Apple usually know what they are doing and have long term plans.

'The Mac is for idiots' is a phrase uttered usually with some conviction. This statement comes in many different forms, such as 'what's the point of a retina display mac, you can't even see the pixels'? and 'People only buy Macs because they are shiny.' Remember, that in essence, a Mac performs the same function as a PC, just differently. With a Mac, of course, you get a more closed system than Windows but it is not actually that significant. The issue of incompatible apps isn't such a big deal any more, as the App Store contains pretty much anything you need and developers are becoming more accepting that the Mac is no longer a niche market (of course, if you're a serious gamer, a PC or a console is the only option). Macs are different, technologically and functionally to PCs. They are far from bad computers, and surprisingly, they are not bad value for money. For the chipsets you get, combined with the stellar industrial design, paying a premium isn't a bad thing. PCs of the same caliber often cost the same amount, leaving those complaining about the price of a mac in the wrong. Macs aren't cheap, but they are worth the money in many respects.

The Retina Display has been an area of contention since Apple began offering it on the Macbook Pro. It is an astonishing screen. Video and photos look stunning, and you have to use it to appreciate it. When people complain that it's a waste of money, they don't realise that the Retina Display models also come exclusively with SSDs and are far more powerful than the other models. You aren't just paying extra for the display, and even if you were, I'm sure many users would still go for it. Anyone with good eyesight can tell the difference instantly. Unlike some people may assume, you don't need to sit an inch away from the screen to notice it. The Retina Display is not a necessity for many, but that's why it is an option.

To open their developer conference this summer, Apple played a video explaining their views on necessity and how there are so many no's for every yes. The iPhone may not have NFC, but NFC hasn't been adopted by enough retailers to warrant the addition on an iPhone. They took what felt like forever to introduce multitasking, but when they did it, they did it far better than their competitors at the time. Whenever you don't like something Apple has done, watch the above video (which I must agree is very pretentious), and realise that it is probably like that for a reason. Apple have strong focus, and that focus may not be the same as what you want, but it is what they want. Steve Jobs once said:

Our goal is to make the best personal computers in the world and to make products we are proud to sell and would recommend to our family and friends.

If the above is not the same as what you want, that's not Apple's problem, it's yours. And you can go out and buy a fantastic Windows Phone device or Android phone that you will love. And there's no problem with that. But criticising Apple for the products they make isn't always the right way to go. Because they are good products. Sales figures, a huge fan base and the solid ecosystem of apps and services prove that. They aren't perfect, but they don't deserve the trolling and the disrespect. So please, give Apple a break.