With a rebranding exercise and rolling out the first 4G mobile data services in the UK, it’s been a busy few months for Everything Everywhere - now EE. Now, the carrier is planning to enter in to the world of SIM-only plans for consumers. 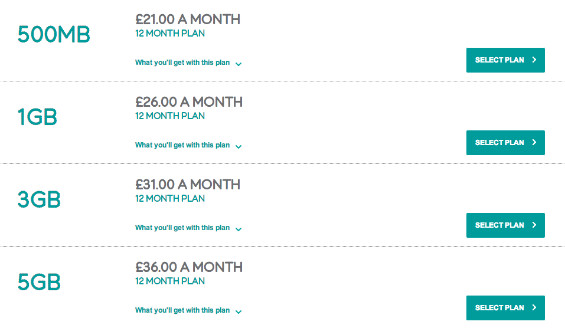 All their plans are 12 month only deals. This is probably so they don’t need to offset the cost of the handset against a longer tie in period. With the plans starting at 500MB at £21 per month, rising to 5GB at £36 per month, there should be enough there to satisfy the hardest of social networkers. Just don’t expect to do any heavy downloading on these plans.

Due on November 9th, there had been a delay in offering the contracts that could be “up to two weeks.” But EE have resolved their issues and are now able to offer the plans today! These are the same plans shown in the press pack at the EE launch.

The only thing lacking from the SIM-only offerings is a roaming plan, which is available on 24 month contracts for an additional £5 per month, giving the users unlimited roaming calls and texts in a lot of countries.

So if you like the thought of 4G and want to make the move to it, but are reluctant to swap your trusty Galaxy S III or have just bought a SIM-free LG Nexus 4, one of these plans might be for you.