At its Windows 10 event last week, Microsoft finally confirmed what we at Neowin have been reporting for longer than anyone else: that the company has been developing a new, leaner web browser for its next-gen operating system.

The browser didn't make it in full though it's still present in the most recent Windows 10 Technical Preview, build 9926 - and, officially, it's still being referred to by its internal development codename, 'Project Spartan'. Even so, Microsoft has made no secret of the fact that Spartan will be coming to Windows 10 later this year - but what will it be called when it finally launches? 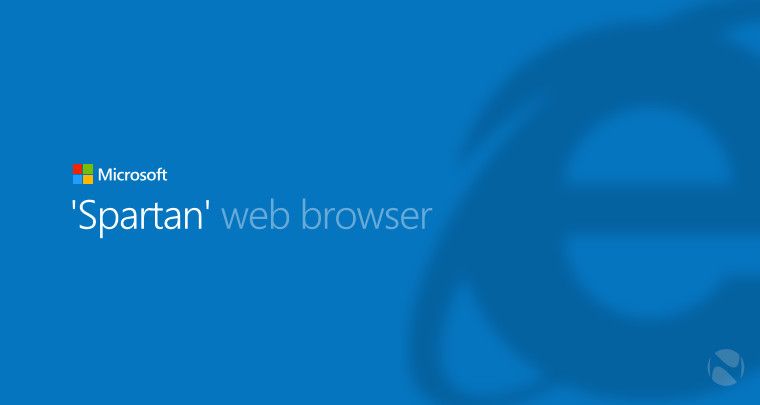 The folks over at Windows Central got a tip from someone who claims that they took part in an online survey, testing out names for Microsoft's new browser. Despite not explicitly naming the product as 'Spartan', references to its integrated digital assistant (i.e. Cortana), the ability to "write on web pages", and its Microsoft origins, all point to this being the company's next-gen browser.

The survey proposed six possible names for the final product:

According to the survey, the final name might be used as a standalone brand, or prefixed by the Microsoft, Internet Explorer or IE brands (e.g. 'Microsoft Elixa' or 'Internet Explorer Entourage').

Like many large companies, Microsoft uses surveys, focus groups and other consumer testing to see how people are likely to respond to potential brand names and marketing ideas. MS did something similar when it was considering the name of its TechEd-replacement conference (now Microsoft Ignite), and when developing Cortana which, at one point, was called 'Louise'.

Some fans of the platform have become pretty attached to the Spartan name already - so much so, in fact, that they'd quite like it to say. Referencing Microsoft's decision to keep the Cortana codename as the public brand for its digital assistant, a User Voice page was set up some time ago, calling upon the company to keep the Spartan name for the final product.

What do you think of the names currently under consideration? Would you pick one of these, or stick with Spartan? Or maybe go with something else entirely? Let us know your thoughts below!