An anonymous tipster has contacted Neowin with a few of the icons that have been updated for Office 2013.

The current ones included in the beta version.

Above we compare the new with the old variants, which could have been updated due to customer feedback, the designs look clearer and more appealing to the eye.

The screenshot definitely comes from Microsoft, but how cannot be disclosed at this point. In any case, you saw it here first and time will show this confirmation of things to come.

Update: Another tipster has sent in the following two images that show more icons, and some details on the latest version of Office 2013.

On the Start screen, more icons, in more detail. 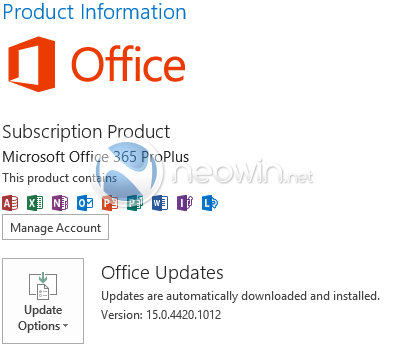 The version of Office that was shown off.

Microsoft hasn't announced when Office 2013 will be available to the public, although they have mentioned it will be available in 277 markets in over 70 currencies. Rather than going the traditional boxed copy route, Microsoft will be offering a Product Key Card where you will need to download Office to use.

If you haven't tried Office 2013 yet, details on how you can grab it here.