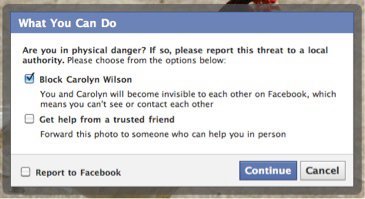 During a recent White House anti-bullying conference, Facebook, in order to help users who are being bullied or abused, has created a new 'Trusted Friend' feature on their website. People who use the site can now report any issues seen on there to a friend or even a moderator via the Safety Centre. The Massachusetts-founded company has also revamped their Safety section by simplifying the language used and offering more tips for both adults and young persons.

"In the real world you have a sense of when you need to escalate something to the right organisation", "If someone is calling you names, it might not be appropriate to go directly to the police," said Facebook's director of European policy, Richard Allan.

In the past, Facebook has been accused of being slow to act on claims of bullying and general safety, including phishing scams. The hope is that this new system will make it much easier to protect people and, if needed, serious complaints and concerns can be forwarded onto the dedicated charities or even the police.

The UK Child Exploitation and Online Protection Centre (Ceop) has campaigned to have a virtual panic button installed on the site for a long time, and while they are glad about this news, they still have concerns about the ratio of Facebook staff available to support the 500 million users. Richard Allan replied to this concern stating "It is not as simple as a ratio of reports to people. When we pick up a pattern of activity, we can create a system to monitor that."