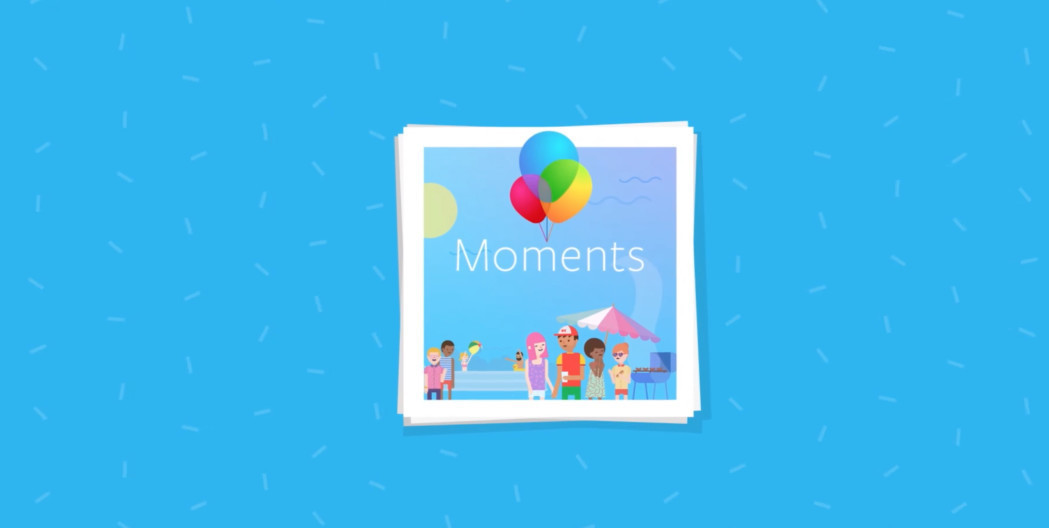 Late last year we first heard of Facebook’s Moments app, which at the time was being tested internally. The app would allow users to privately share photos with friends after syncing them up to Facebook. Moments finally made its debut earlier this year and has now been available to the public for several months.

Despite the release of Moments, Facebook had retained some of the original photo syncing functionality in the main app. However, this is about to end on January 10 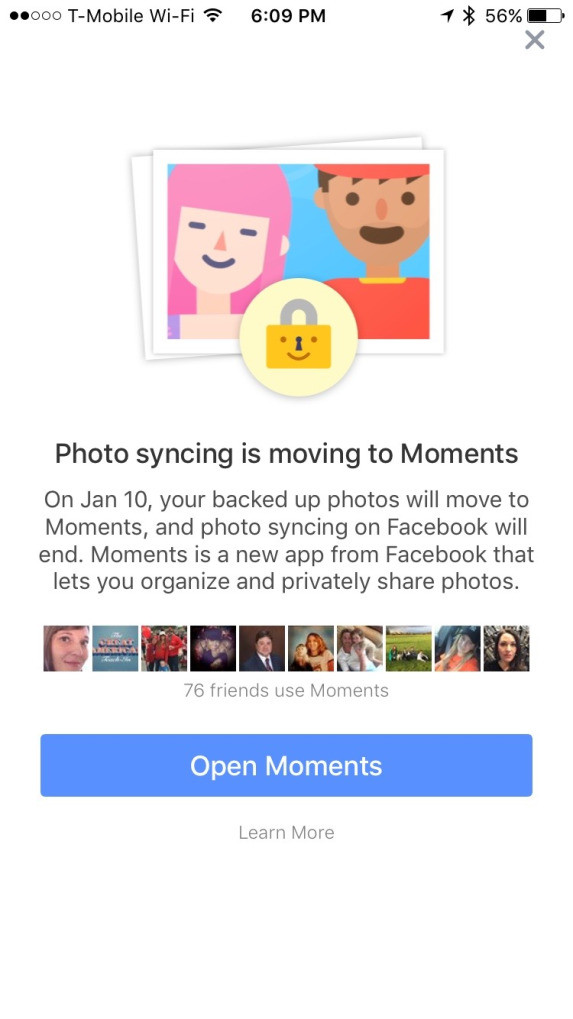 th. The company has begun notifying users that it will soon remove photo sync from the main app and users will be required to download Moments if they wish to continue syncing photos. Users will begin receiving notifications via the Facebook app or when viewing the synced photo album.

The move to yet another standalone app comes after Facebook removed chat from the main Facebook app and into Facebook Messenger last year. Facebook’s competitors are also seeing great success with standalone photo syncing apps. Google Photos, for example, is currently sitting in the top 20 ‘Photos & Video’ apps on iOS and is a top 10 app on Android.

It’s unclear how many of Facebook’s 1.3 billion monthly users are actually using photo sync; but those who don’t want to move to Moments are able to download a ZIP file of their synced photos or remove them from Facebook.