There's no question that News Feed is the most used part of Facebook. A year ago, the company announced plans for some major design changes for News Feed on both the the desktop side and on its mobile apps. However, while mobile users saw the revamped design, a private test for desktop users didn't go over as well with those who accessed it.

The design, which featured more complicated menus and filters for both the left and right side columns on News Feed, didn't get the thumbs up from testers, according to what Facebook reps told Re/code. So those changes won't be in the new design that is going to be rolling out to desktop users beginning today. 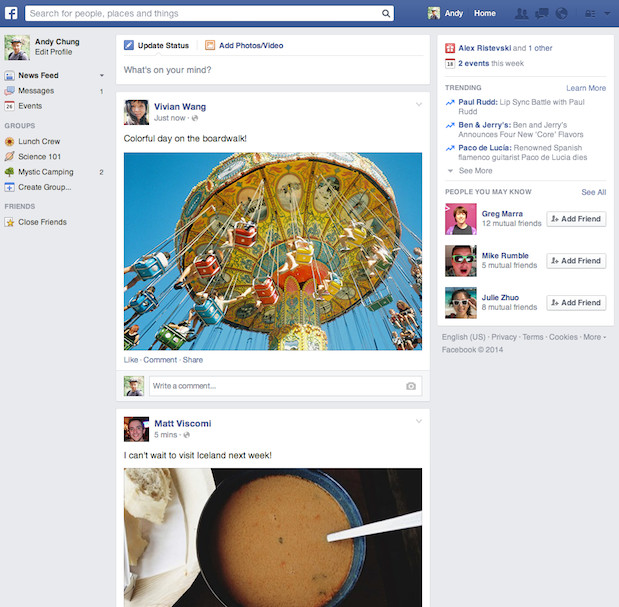 Instead, the new look for News Feed will feature larger images than before, along with a new font and a light gray background. The left side column is a little smaller and some of the page's icons have a new look. Desktop users will see this slightly revamped design over the next few weeks, the mobile apps will keep their current News Feed look. While the design may be different, Facebook claims that it won't affect how each story is ranked in News Feed.