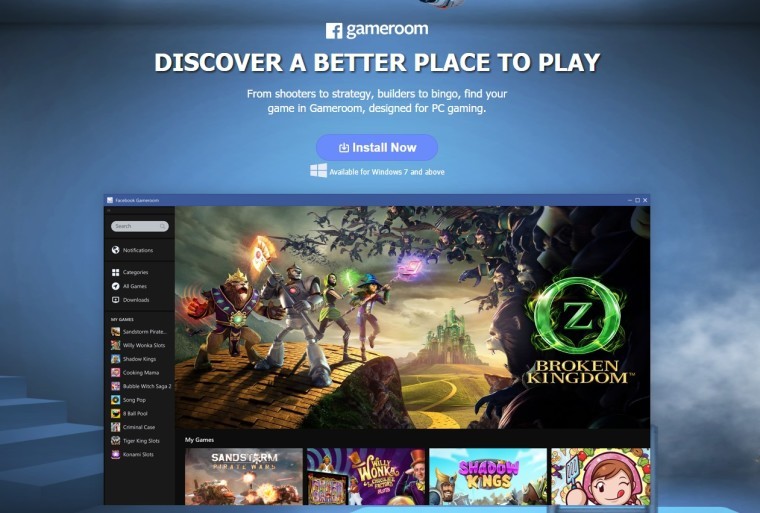 When talking about PC gaming most people think about Valve’s widespread platform, Steam. The gaming service has more than 125 million users and powers much of today’s title distribution on desktop systems. But Facebook wants in on some of that action.

The social network has officially opened up its new Gameroom service, formerly known as Facebook Games Arcade. Gameroom is a desktop app for Windows that lets users access and play web, mobile and native gaming titles, without the need to go to the social network inside of a browser.

While Steam is seen as the gaming service of choice for “serious players”, Facebook is betting that it can leverage its 1.5 billion user reach to transform Gameroom into a competitive service. Aimed at casual players, who have flocked to mobile devices in recent years, Facebook’s attempt at a desktop gaming service focuses on simplicity and ease of access.

Advertising games to players on its social network and on Gameroom is one thing though, but getting developers on board with its new platform will be the real challenge for the social networking giant. With devs already targeting desktop systems through Steam, and billions of mobile gamers through iOS and Android, it’s difficult to see where Gameroom fits in.

Still, if Facebook does get its service off the ground the company can easily integrate it with its other services, some of which are focused on gaming as well.