Just in time for this weekend, there appears to be a humourous story making its rounds on several news sites. You are probably all too familiar with some malicious eBay sellers selling portable electronics - cell phones, music players, handheld game consoles - for unbelievably low prices, only for the recipient to open the box and find dead weights inside the box. Then there are Chinese factories manufacturing cheap knockoffs of popular products - although granted, some of the fake Android-based iPad knockoffs are pretty good (warning: some NSFW language). Now let's have a look at this latest story from the Siberian land near the Russian-Chinese border, which appears to be a mix of both clever trickery and a scam: 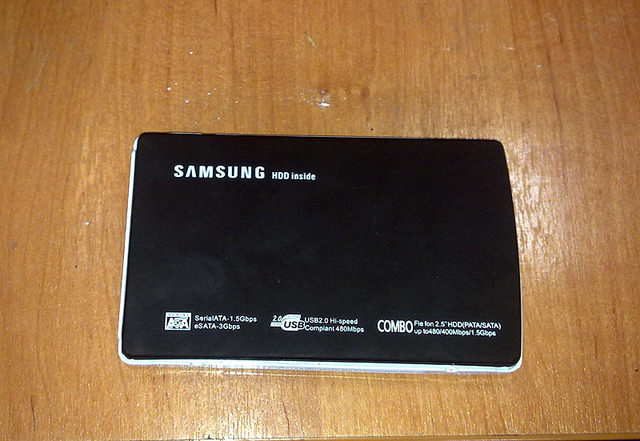 A Russian customer crossed the border into China to purchase the drive you see above from a computer shop of dubious legitimacy, at an unbelievably low price. On first glance, it appears to be a 500 GB Samsung external hard drive with a few typos on the case ("Complant" 480 Mbps). As the customer observes, his new drive does show up with a capacity of 500 gigabytes, and it does manage to hold a few small files. The problem is with copying anything large - the drive would hold only the last few minutes of a copied movie file, for instance.

So he took his "broken" hard drive to his local computer shop to have it checked out. Imagine how much of a laugh the techies had when they opened up the drive to find this: 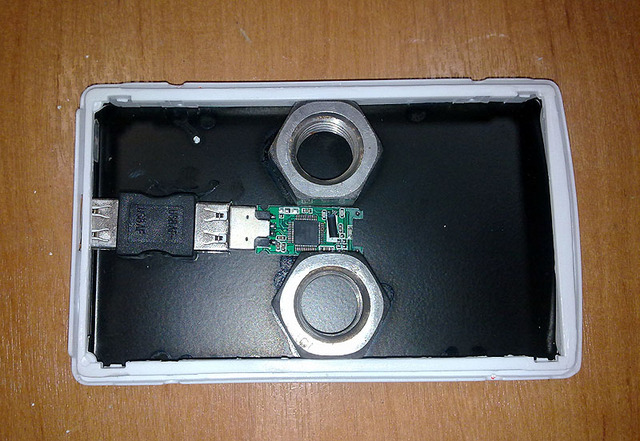 That's right - it's a small PCB with a 128 MB flash chip, and two metal bolts to give the otherwise hollow drive some weight. The controller was made to report a 500 GB capacity and copy files in a loop when it reached past 128 MB.

On the upside, 128 MB is enough for a few documents or even a Linux distribution. Other than that, this unfortunate fellow should consider his refund options, if they even exist to begin with.