If you have ever wondered if you can instantly become the next Internet celebrity in an hour, the answer is yes, and it was all done from a single “tweet”.  Conan O’Brien changed a girl's life forever, by making her the only person he is following on twitter, and posting about it.

Websites all around the world instantly caught on and began posting about it.  Conan made LovelyButton, aka Sarah Killen, instantly famous in an hour, ranking up over 2,000 followers within an hour of the posting.

It is unknown why Conan picked someone random to follow, but he knew how the Internet would react to such a simple thing as following somebody on Twitter.  LovelyButton had a total of 3 followers before Conan picked her at random, which now has well over 9,000 followers, in only 9 hours - which is roughly 16 followers a minute - at the time of writing.

Conan has over half a million followers, and a single person he is following.  It’s safe to say that Twitter is easily a very powerful tool that can instantly change lives. 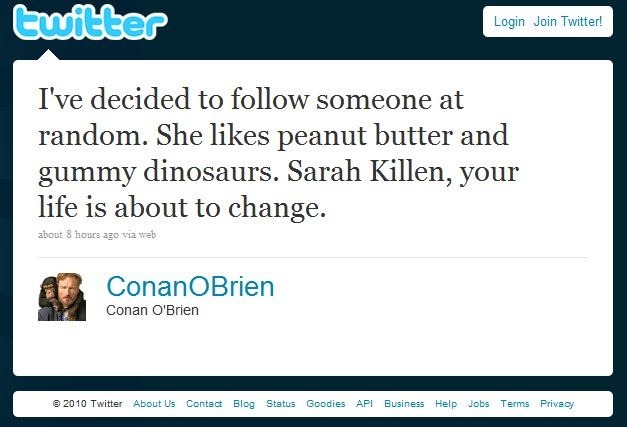 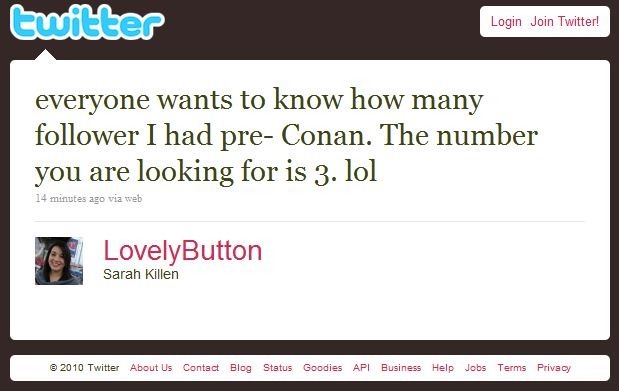