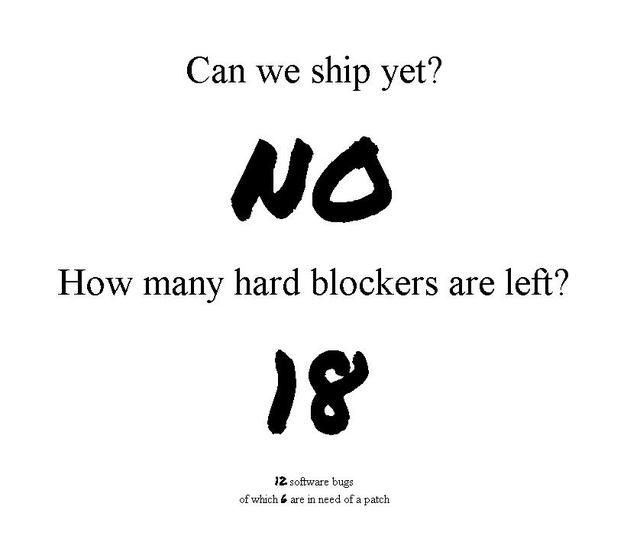 After eleven - soon to be twelve - betas and numerous public pep talks by development leaders, it's fair to say the development of Mozilla's Firefox 4 browser has become somewhat of a running joke.

Now, Mozilla appears to have decided to weigh in on the joke, launching a (presumably) tongue-in-cheek website that counts down the number of bugs standing in the way of a final Firefox 4 release. As of 4.45AM EST today, there were 18 ''hard-blockers'', up from 14 when Conceivably Tech spotted the website earlier today.

Neowin reported last week that Mozilla was pushing to ship a release candidate version of their new browser by February 25. That target looks certain to join a long list of missed ship dates, as developers struggle to get a twelfth beta out the door nearly a week late.

In a Weekly Engineering Newsletter, Mozilla's Asa Dotzler claimed that Firefox 4 beta 12 will ship early next week, though no mention is made of when a release candidate is expected. The company has also given no official indication of when the final version of the browser will hit, beyond comments apparently made to tech site golem.de that Firefox 4 final will ship in March.

At this point, and after more than a year in development the question must be - will anyone care when Firefox 4 is released?