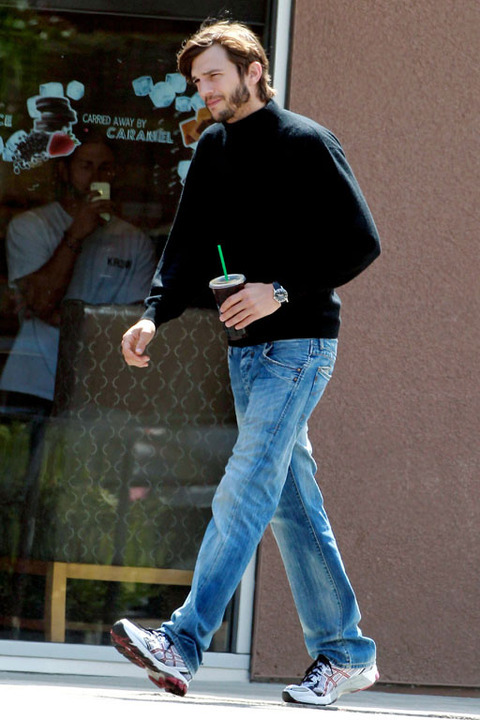 Filming for the much talked about Steve Jobs biopic has begun in Los Angeles, and TMZ has managed to post the first photographs showing actor Ashton Kutcher in full Steve Jobs turtleneck and jeans outfit as he made his way to the set of the independent film earlier this week.

As we exclusively revealed in our recent interview with producer Mark Hulme, the movie, with the working title Jobs: Get Inspired, will focus on Jobs' early life from 1971 to 2000. The movie won't apparently go into detail on Jobs' life after that time period, when Apple launched the iPod, the iPhone and the iPad and became the massive company that it is today.

Joshua Michael Stern, who directed the comedy Swing Vote, is helming this new movie. It's currently expected to be released to theaters in late 2012.

While Kutcher is known mostly for his comedy roles in movies and on TV sitcoms such as That 70s Show and more recently Two and a Half Men, he's also done a few dramatic parts over the years. Of course, Kutcher is a known fan of technology and gadgets and has been an investor in a number of startup tech companies.