It looks like Microsoft isn't the only one playing the layoffs game this week. According to the South China Morning Post, a government official has stated that one factory in China has reduced its workforce from 110,000 to just 50,000 people. This is reportedly due to the introduction of robots to the factories, and introduce automation. 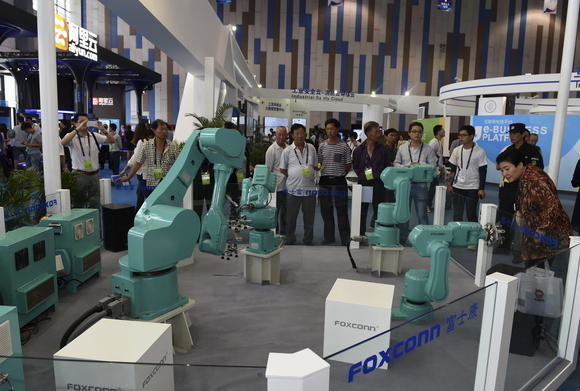 Foxconn is a company responsible for manufacturing the iPhone, iPad, Samsung's Galaxy handsets, the PlayStation 4, as well as gadgets by other large tech companies.

This report seems to be a new confirmation of its past plans to deploy robots onto assembly lines, replacing human workers. This goal however, was not realized back then as the company found that humans are still an important part of the company's operations.

"We are applying robotics engineering and other innovative manufacturing technologies to replace repetitive tasks previously done by employees, and through training, also enable our employees to focus on higher value-added elements in the manufacturing process, such as research and development, process control and quality control," according to Foxconn Technology Group."We will continue to harness automation and manpower in our manufacturing operations, and we expect to maintain our significant workforce in China."

According to the BBC, 505 factories across Dongguan, in the Guangdong province have already invested 4.2bn yuan ($641 Million) in robots, which are in place to replace human workers.

Foxconn is not the first company to be experimenting with automation for its operations. Back in 2014, Nestlé Japan has announced that it will start to use humanoid salesmen for its sales department. Moreover, robots are also being tested on making deliveries, with Domino's Pizza unveiling a prototype robot that aims to bring fresh pizza right at your doorstep.