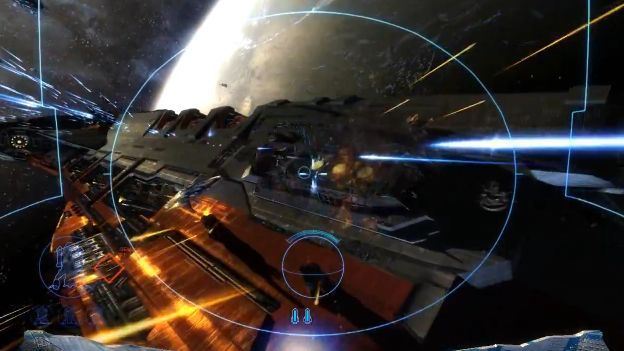 The game development division of PC benchmarking company Futuremark has released a teaser video today showing off glimpses of not one but three upcoming games that the team is working on. The teaser trailer from Futuremark Games Studios was posted on YouTube, which you can check out below, includes something that should please hardcore gaming fans.

The three games are being made for the PC, Xbox Live Arcade and/or iOS platforms, although Futuremark isn't saying which game will be released on which platform at the moment. One teaser shows black and white footage of old fashioned B-movie flying saucers, complete with an over-the-top movie narration. The second teaser shows what looks like a hint about a casual game about a microcopic creature eating stuff.

It's the third teaser that should get hardcore gamers excited as it shows gameplay footage from an unnamed fast paced space shooter game with some impressive looking graphics. Let's hope this game is being made for the PC platform.

So far Futuremark Games Studio has only released one game, the PC exclusive sci-fi first person shooter Shattered Horizon. Released in late 2009, the multiplayer oriented game features players out in space in zero-g combat in a near future where the moon has been partly destroyed with some of the remains now orbiting the Earth. Futuremark released a number of free updates to the game since its original release including a more recent update which added single player bots to the game. There's no word on when we will learn more about the three upcoming game titles.