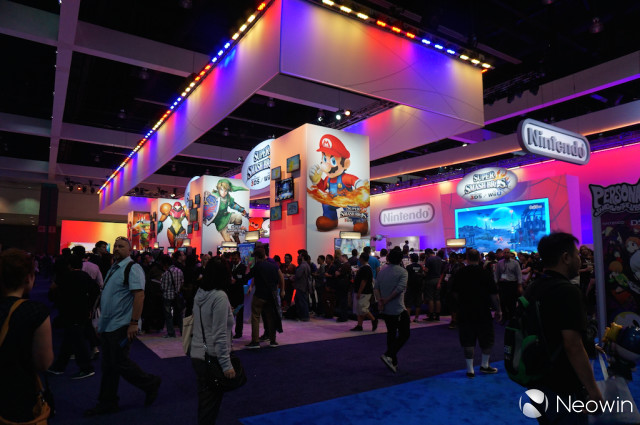 Nintendo was located in the far right of West Hall next to the gigantic Sony booth. It was odd transitioning from Sony and Microsoft, which had massive booths compared to Nintendo's. The struggling company had a handful of games to show off with a majority of the space being dedicated to Super Smash Bros, for the Wii U and 3DS.

Nintendo also had demo kiosks of Hyrule Warriors, Yoshi's Wooly World, Mario Maker and other third party titles. One of the more unique titles on hand was Splatoon. It is a team-based multiplayer shooter that will have you in control of a painter that can transform between human and squid form. Each form will have its own unique set of attributes that will aid players in different ways. Splatoon does not have a hard release date, but is expected sometime in 2015.

Nintendo had a set of amiibos on display. These newly introduced interactive toys will allow you to enjoy your Wii U titles like never before. Amiibo's will be launched for several games starting with Super Smash Bros.

Hope you enjoyed the first day of coverage at E3. Stay tuned as we have two more days of coverage, and follow us as we head to other parts of the show floor to bring you some of the most interesting tidbits at E3 2014.