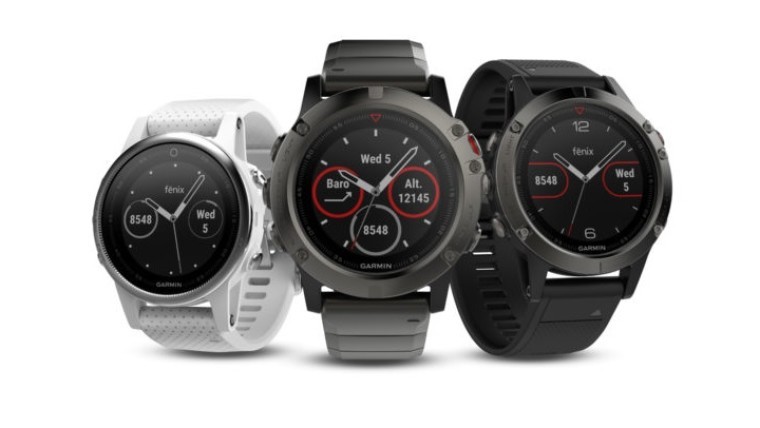 While Garmin’s line of sport-oriented wristwear have typically been the go-to products for runners and multisport athletes for years, they were never something you’d wear out in public when you weren’t drenched in sweat. The fēnix line sufficiently changed that, and today, Garmin, has announced their latest foray into the world of wrist mounted gadgetry: the rather spiffy fēnix 5 series.

Available in three flavors, the 5S, the standard 5, and the 5X, the fēnix 5 series looks to address complaints levied against prior fēnix watches while pushing the envelope for wrist-based GPS navigation even further.

Like all Garmin multisport watches, the fēnix 5 watches carry with them an impressive list of fitness functionality, which includes:

In the fēnix 5S, Garmin has finally addressed one of the most prevalent complaints about watches of the fēnix’s ilk, their sheer size. Measuring 42mm, compared to the standard 5's 47mm, the 5S is a smaller, thinner, and lighter watch that sacrifices none of the core abilities of its larger brothers. Its smaller size does decrease battery life, going from a full two weeks in the standard 5 model to “only” eight days in smartphone mode, and down from 24 to 12 hours with the GPS going. Both figures are well above average for typical smartwatches, however.

On the other end of the spectrum, the 5X has a screen large enough to make Big Ben blush, coming in at 51mm, and Garmin has loaded it to the hilt with advanced navigation and mapping functionality. If you fancy a jog or ride into the great unknown, you can enter the total distance you’d like to travel and the 5X can lead the way out and back, no smartphone necessary. It can even help you identify points of interest and waypoints around you if you get lost in the jungle, either urban or tree filled.

Oddly, the 5X’s larger size doesn’t equate to an increase in battery life, it will run flat in around 10 days, or 20 hours with the GPS on. All three models do include an UltraTrac mode to squeeze out even more battery life at the expense of finer detail from the GPS chipset.

The fēnix 5 will start showing up in stores later in Q1 2017 with the 5 and 5S starting at $599.99. The 5X, and 5 and 5S Sapphire edition, which include a scratch resistant sapphire screen, will ring the register at $699.99. All three are available with a variety of easily interchangeable watch bands, sure to further please the fashion-forward athletes of the world.