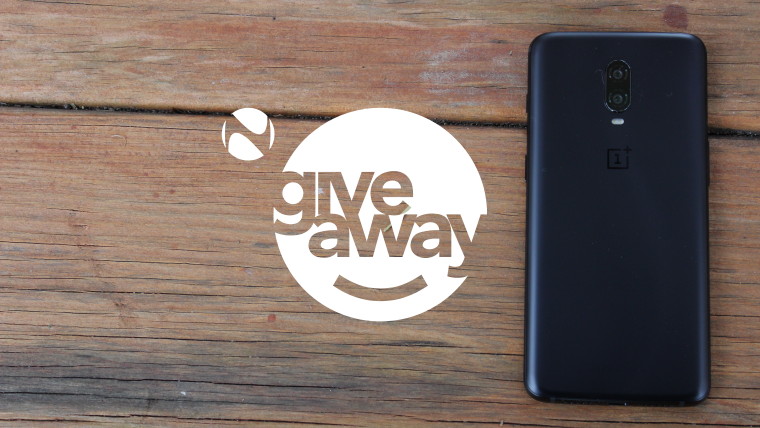 We're heading into the holiday season, and do you know what makes holiday shopping easier? FREE STUFF! Whether it's for you or someone else, getting something awesome for free always makes the wallet stay as heavy as possible.

This time, we're giving away a OnePlus 6T. The flagship killer that we'll be sending your way is in Midnight Black, and it has 8GB RAM and 128GB of storage.

But that's not all. The OnePlus 6T has a 6.41-inch 19.5:9 AMOLED display, and that display has a fingerprint reader in it. It's the first in-display fingerprint sensor on a phone that's sold in the U.S., and OnePlus says that it's the fastest in the world. Of course, facial recognition is there through the camera in the teardrop notch, if that's your thing.

It packs dual 16MP and 20MP camera sensors with an f/1.7 aperture. OnePlus made some improvements to portrait mode this year as well, with portrait lighting making its debut. It also has a new night mode, which extends the shutter speed to capture more light.

But we're not just giving away the phone, which is awesome on its own. The lucky winner will get OnePlus Bullets earbuds, the Sandstone case, a Silicone case, and a Nylon bumper case.

For this giveaway, we're using Rafflecopter to help us track the entries, and to randomly select a winner.

To enter, simply submit a comment below, telling us what you like most about the OnePlus 6T. This will give you one entry in the giveaway (multiple comments will be disqualified!). If you don't yet have a Neowin username, don't worry - it's free, quick, and easy to register!

The contest will run for one week, and is open to anyone with a shipping address in the United States.

Congratulations to Ikjot Singh Sohal for winning the giveaway!