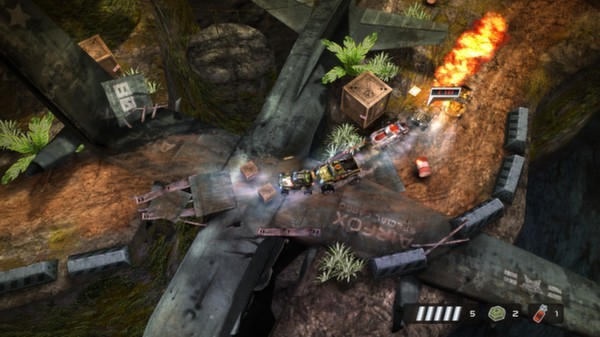 In 1996, developer Remedy released its first game, the PC top-down car combat title Death Rally. Last week, the company released a revamped version of the game for the PC platform, featuring new graphics, a new track, and more. The game itself lets players race and blow up their fellow racers with a variety of guns, rocket launchers, flame throwers and other weapons in both a single player career mode and with online multiplayer matches.

Today, Neogamr is happy to announce it has five Steam codes to give away to our lucky readers that will give them a free copy of Death Rally . If you are interested in getting one of these codes, it's pretty simple to enter. Please check out our official competition terms and conditions for more details but here is the gist of it:

This new competition closes on 11:59 PM Eastern Time on Sunday, August 12th. We want to thank Remedy and their PR reps at Sandbox Strategies for the Steam codes. Good luck!