For over two decades, TechEd has been Microsoft's main annual conference for developers and IT pros, but that's all about to change. It was rumoured in January that this year's TechEd may be its last, although the company played down those rumors and assured its community that TechEd was here to stay. 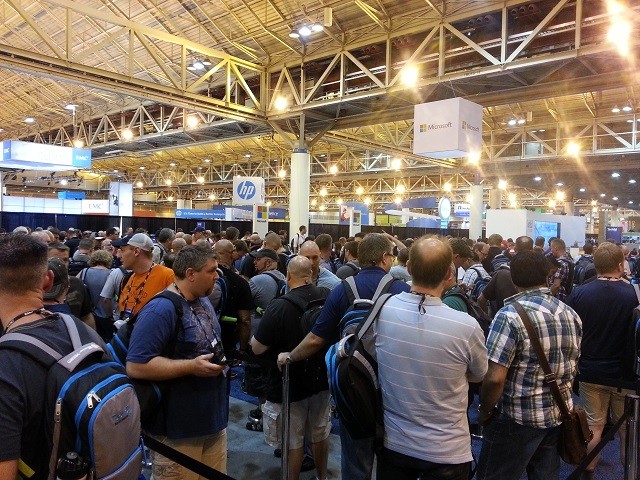 Oh TechEd, how we shall miss your queues

But it was not to be, as Microsoft has now confirmed that there will be no TechEd in 2015. Instead, there will be a new 'Unified Technology Event for Enterprises', also consolidating the Microsoft Management Summit, and separate Lync, SharePoint and Exchange conferences, into the new single super-event. It will be begin on May 4, 2015, in Chicago and more details will be revealed about what to expect this September.

Those of you already rolling your eyes at the name should note that 'Microsoft's Unified Technology Event for Enterprises' is an interim descriptor, rather than a final name for the conference, which has not yet been revealed. The event is not expected to replace BUILD, or the Worldwide Partner Conference, which Microsoft has already put in its 2015 diary, to be held in Orlando.

What do you think Microsoft's new event should be called? Let us know below if you have any good suggestions!

Update: There's been some confusion over whether or not TechEd is actually 'dead', given that the original post stated: "If you've attended TechEd or Microsoft Management Summit, this the place to be" (emphasis: Microsoft's). Referring to TechEd alongside the the now-defunct Management Summit, and then saying that the new event is the place to be, led to the confusion.

A further post, this one by Steven Guggenheimer on the Visual Studio blog, states: "To be clear, TechEd lives on. This event will be part of TechEd, co locating with that event to ensure the world of IT gets optimal access to all of the resources in one place."

So TechEd isn't dead - the company is simply incorporating other events into a single larger TechEd event - although there remains precisely zero clarity on why Microsoft referred to the "Unified Technology Event for Enterprises", since it's now trying to make it clear that everything will be part of a single TechEd experience.

This tweet from journo Jon Hassell seems to sum things up pretty well:

"If you attended TechEd, this is the place to be. To be clear, this is also TechEd. But it also isn't. And it's other things."