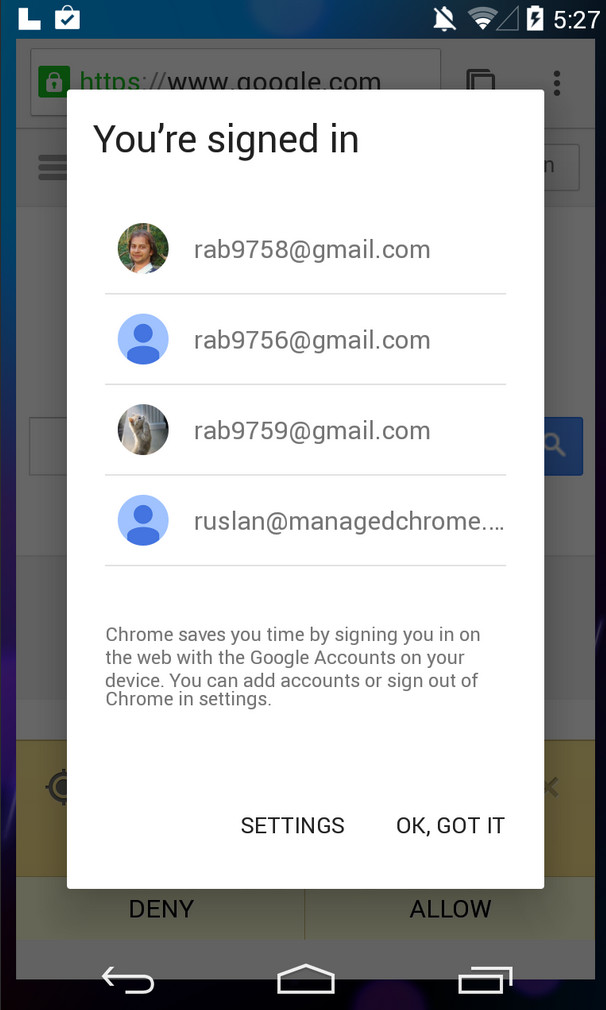 A couple of screenshots of what is purported to be Android 5.0 have appeared online. The unannounced update will be the next major edition of Google's mobile operating system as the recently-seen 4.4.3 and 4.4.4 versions are small incremental versions bringing only bug fixes and subtle changes.

Android 5.0 is generally expected to contain some radical new UI changes. This is confirmed in the screenshots which show a redesigned status bar with the same transparency as the homescreen. Gone is the subtle gradient that makes the status bar background slightly darker than the rest of the UI, seen only since the launch of 4.4 KitKat.

Interestingly, two new notification icons are present. The unidentified 'L' is widely thought to represent a new method of displaying important heads-up notifications in a flat card style familiar to Google Now users. The bell icon in the status area is also rumored to be linked to 'L' and indicates that L notifications are disabled or muted. 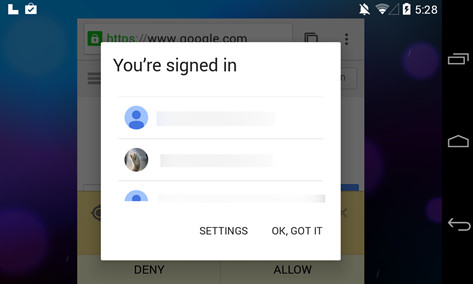 Also of note is that what appears to be a new redesigned version of the Chrome web browser with a flatter UI is present in the background of the images. The foreground is filled by an all-new, simpler Google account login dialog.

The images are 1280x768 resolution which hints that they were taken on a Google Nexus 4 device. They were posted by Reddit user Doopl who found them on the Chromium Issue Tracker. The page has since been removed by Google which further suggests that they are authentic. We will have to wait to learn more about these screenshots although of course it is possible that we will see more of Android 5.0 and 'L' at Google IO 2014 tomorrow.