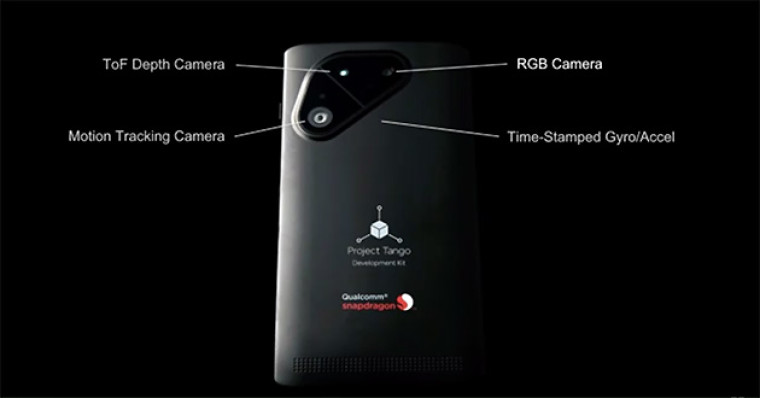 Google has revealed plans to develop a new prototype smartphone based on Project Tango in partnership with Qualcomm, which could be used as a reference for production-ready devices in the near future.

Last year, Google announced Project Tango, its 3D mapping technology for smartphones and tablets that was expected to be available in devices in early 2015. However, the company missed its targets and hasn't had a reference design for manufacturers to work with so far.

Now, Google has teamed up with Qualcomm to develop a prototype that will serve this purpose and expects manufacturers to come on board for a mass release in the near future.

The currently available tablet development kits, which are based on the Nvidia Tegra K1 chipset, are bigger in size, while the one being developed in partnership with Qualcomm brings the size down to that of a regular smartphone, effectively making it convenient for developers to carry around. Qualcomm has revealed that the prototype will be powered by a Snapdragon 810 chipset, along with a variety of sensors to aid the 3D mapping technology.

According to Qualcomm, developers can expect to get their hands on the first batch of development kits by the third quarter of this year.