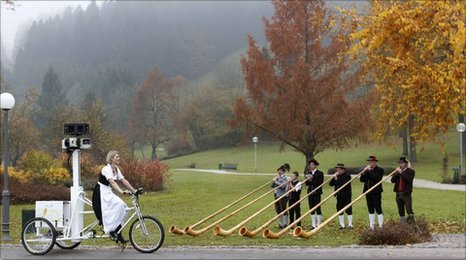 Respecting ones privacy is something that Google has always said it enforced with public data. Despite its notable slip ups, one thing Google has allowed users to do is to opt out of its popular Street View service. If you live in Germany and decide to opt out, your house may be targeted by Google fanboys.

According to the BBC, "homes in Essen, West Germany have been pelted with eggs and had 'Google's cool' notices pinned to their doors. The properties involved have all chosen to be blurred on Google's Street View service." Google stated that nearly 250,000 homes in Germany have opted out of Street View and that this incident appears to be isolated.

Google has caused quite a stir in some areas with its Street View service. Many complain that it invades their privacy because unauthorized photos of their property are being publicly displayed. Google combated this complaint by allowing individuals to opt out of the service, despite Google arguing that all photos were taken on public property.