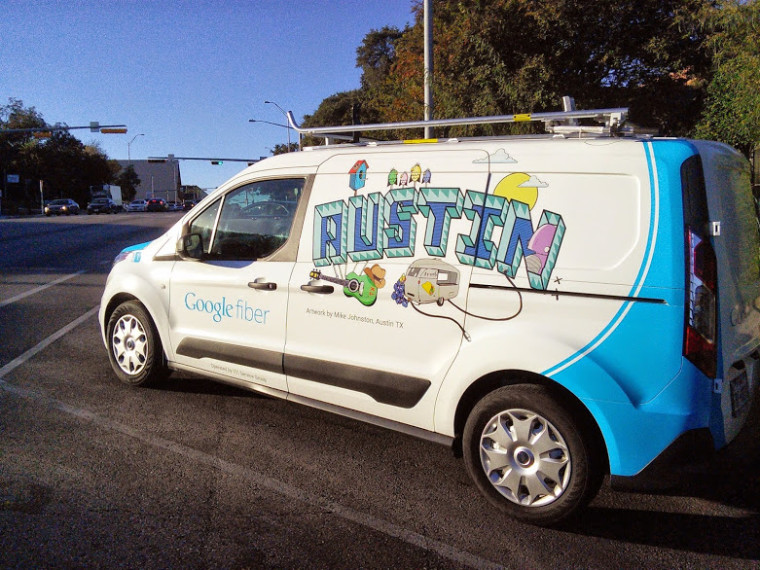 Residents of Austin, Texas, USA are about to become very happy after Google confirmed that Google Fiber will start allowing sign-ups next month (December 2014), whilst pricing was released today.

The US search giant plans to sell the standard Gigabit+TV Fiber package for $130/month and for this you get 150 TV channels and a DVR with support for recording 8 channels at once. A $300 installation fee is required to install the service, but this will be waived if a one-year contract is signed.

For comparison, the same service offered in Kansas City and Provo, costs $120/month but comes with a two-year contract.

Google wil also provide a basic (5Mbps down, 1Mbps up) internet service in Austin for absolutely free. This would be enough speed for basic web browsing and some light gaming. Bear in mind that this is still a fiber-based service, so the speeds really are 5Mbps down, 1Mbps up, as opposed to an ADSL service for example where 8Mbps might be advertised but you might only receive 3Mbps.

The much, much faster Gigabit+TV Fiber package will provide 1Gbps down and 1Gbps up, along with the aforementioned TV service, for $130/month. To put that into perspective, the current US national average broadband speed is 10.5Mbps (Source: Akamai, Q1 2014). At 1 gigabit, 25 songs can be downloaded per second and a high-definition (HD) movie can be downloaded in less than 36 seconds.

Google Fiber sign-ups will open next month and the service should launch soon after.