It looks like Google's finally enabled multiple account sign in, with the search giant flipping the switch quietly overnight for some users' accounts. The feature's been kicking around in screenshots for a while now, but hasn't surfaced officially until now.

Over on the Unofficial Google Operating System site, they demonstrated that multiple sign-in has been enabled since last night and currently supports Gmail, Google Calendar, Google Sites, Google Reader, Google Voice, App Engine and Google Code. Apparently, after going to "My Account" in Google and pressing "change" under multiple sign-on settings, Google warns that the feature is "advanced." 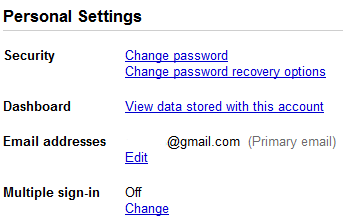 At time of writing, offline calendar, offline gmail, mobile devices and Google readers' bookmarklet are unsupported but being worked on. 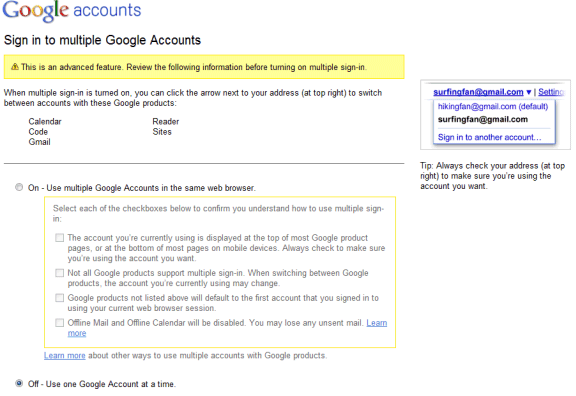 The Google Help center says that "If you use multiple sign-in, the first account you sign in to will be your default account. If you visit other Google products that don't support multiple accounts after you've signed in, you will automatically sign in to your default account for that product. If you sign out of any Google product while signed in to any account, you will be signed out of all your Google Accounts at once."

A seperate help center article notes that all products don't support the feature yet and that they're "working hard to enable this feature for everyone and we appreciate your patience in the meantime" and goes on to explain that this is due to Google using cookies to keep you signed into your account, and that cookie only being able to handle one account at a time. They also offer workarounds while the problem is fixed, such as using a seperate browser, Chrome's incognito mode or multiple browser profiles. 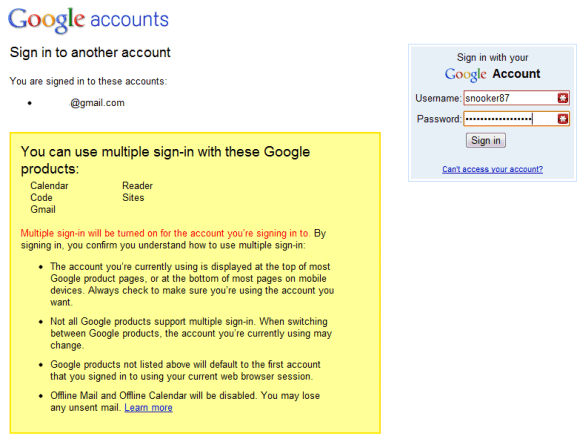 The feature is being welcomed by many users with open arms, especially those who use Google Apps at Work. It's worth pointing out that this feature isn't available for everyone yet, but should be available in the near future for all accounts. If you don't see it on one of your Google accounts, try the other to see if it's popped up.

Have you got the new feature yet? What do you think? Let us know in the comments!