Google announced yesterday that it has added features to both Chrome and Search to counter websites being visited by unsuspecting users that possibly download or are offered unwanted, or malicious software.

One of the new methods is the inclusion of a warn screen that shows when a user is attempting to visit a site that has already been flagged by Google, such as the image shown below. Users can then click the "Back to safety" button to completely avoid visiting the site, in addition, the details toggle allows the user to ignore the warning and visit the site anyway, and gives a summary of why the site was flagged.

Users can also opt to automatically send reports about security incidents, but it's unclear what information is sent to Google. 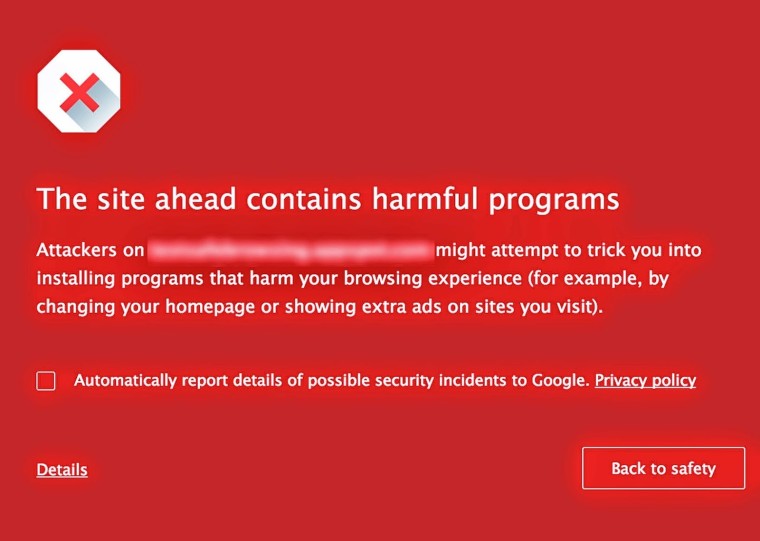 Search was also updated to incorporate new ranking signals that indicate whether a site is safe to visit or not. Google computes a site's ranking for search terms in its search engine and reduces the likelihood that the site is displayed prominently in search, with the intention of eventually delisting the flagged site completely.

Lastly, Google has also decided to remove websites that are getting flagged from its ad programs, any such site will no longer be able to profit from ad revenue while being flagged as dangerous to visit.

Google has already implemented a check for potentially unwanted programs that block a download, but it's not without problems. Many users have reported that executables or software packages are routinely blocked from companies such as Nirsoft and software that it has not encountered often as well.

All in all, these improvements will go a long way to safeguarding the casual web user, and might even save a few headaches for tech-savvy users that have stumbled onto such websites.