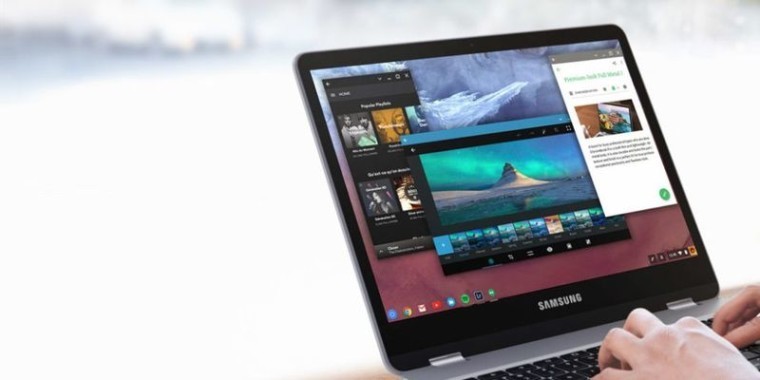 Google is removing the ‘OK Google’ hotword detection from Chrome OS in an upcoming update, per a commit made to its repository. Once deprecated, users will no longer be able to trigger the voice search via, well, their voice. The reason for this isn’t clear, and while many users may not even be aware of the feature’s existence due to it being disabled by default and buried within a jumble of settings, it is still quite useful, once enabled.

However, as reported by Chrome Unboxed, it seems that this move is part of a larger chain of events: Google may be bringing its Assistant to Chrome OS, most likely with its own hotword detection, along with a keyboard shortcut (Search + A) as mentioned in another commit earlier this month. There have also been a few rumors over the past few months about an upcoming high-end Chromebook named “Eve,” which will reportedly have a dedicated key just to activate Google Assistant.

The inclusion of a dedicated keyboard key or shortcut is perhaps necessary at this point; Google Home, Android TV, Android Wear, and quite a lot of Android phones are all already eagerly waiting for the whisper of ‘OK Google’ to be activated. Assistant on Chrome OS will add yet another avenue, increasing the likelihood for multiple instances of it to activate simultaneously.

Just a few months ago, Google released an SDK for its Assistant, enabling developers to be creative while taking the voice assistant for a spin. Unfortunately, it may still prove difficult for Google to match Amazon’s success with Alexa.