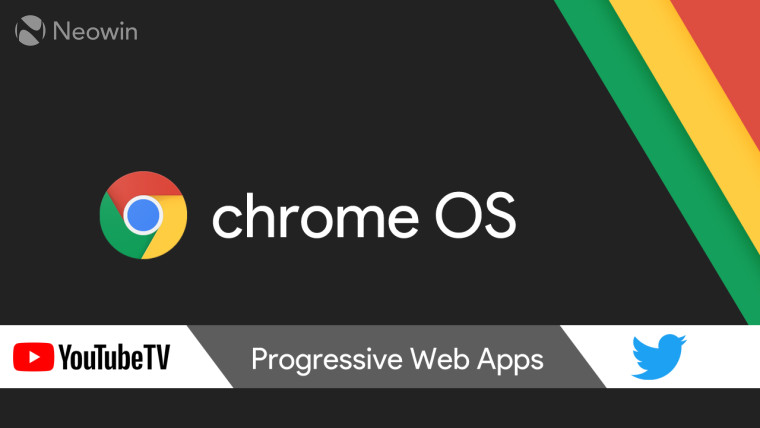 Google is beginning to replace some Android apps on the Play Store for Chrome OS users with their Progressive Web App (PWA) counterparts. The first of the apps to be replaced was the Twitter app earlier this month, with the Youtube TV app also following suit. This change is a somewhat major transition and is a welcome addition for users of Chromebooks.

While the ability to install Android apps on a Chromebook is a nifty feature, those apps tend to be more resource-hungry – adversely affecting Chrome OS devices in terms of performance and battery life. PWAs are nothing but websites that run through the browser on almost any platform, that also contain added capabilities, such as the ability to serve notifications through service workers – mimicking the capabilities of native apps. The Twitter PWA is the default app on platforms like Windows 10.

When Chrome OS users install Twitter or YouTube TV from the Play Store, the Store installs the PWA as default. However, users will not see a difference in behavior in comparison to native apps since the PWA will act like a native app that can be opened from the shelf or even uninstalled. Another advantage of using PWAs is that of seamless updates, as any server-side updates to these services will automatically apply to the apps, without needing a store update.

With Chromebooks ranging from premium, performant devices to affordable, moderately powerful options for education, the ability to run PWAs as the default solution for some apps makes sense. It will be interesting to see what apps see this change and if Google officially announces the efforts in the future.