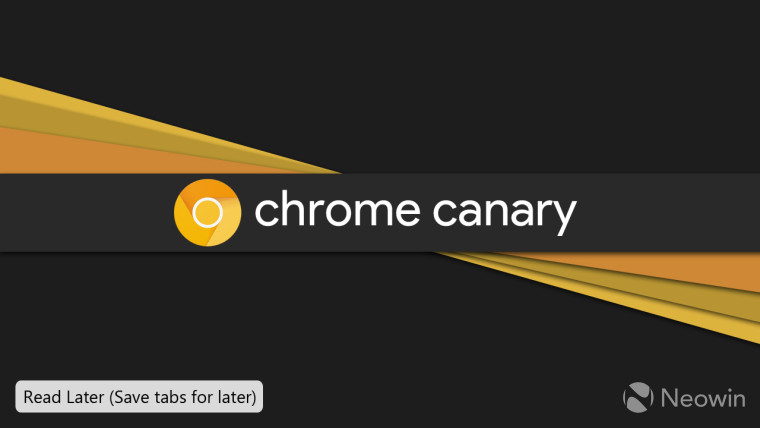 Google is working on a new ‘Read Later’ feature for chrome that will let users set tabs aside for reading or accessing later. References to the feature were found in Chrome Canary’s experimental flags (via Techdows), with a Chromium entry also being spotted. However, the feature seems to be in the early stages of testing since enabling the flag does not really enable the feature in the browser.

The addition of this feature will be a welcome addition for Chrome users that rely on third-party extensions to set tabs aside, apart from using bookmarks. Microsoft's legacy Edge browser also included a ‘Set tabs aside’ feature, which the company sort of implemented in the form of Collections on the Chromium-based version. Other browsers such as Firefox also provides this functionality through its Pocket feature.

For those curious, the Experimental flag is simply called ‘Read Later’ and can currently be enabled from chrome://flags. However, enabling the flag does not do anything, since the implementation has still not been made available. The description of the flag states that it will allow users to "save tabs for later".

It will be interesting to see what features the search giant brings to the Read Later feature. Microsoft Edge lets users export Collections to other Office apps (for users that log into their Microsoft accounts). Similarly, the Mountain View company could also integrate the feature with its G Suite productivity offering, making the feature appealing to enterprise users as well.