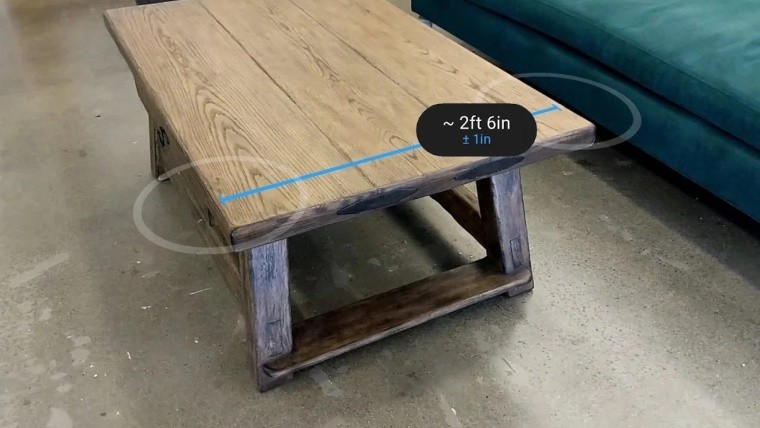 Google's moonshot factory is notorious for killing projects. The latest service to face the axe from the search giant is its Measure app based on Augmented Reality (AR) tech. This service will now join the likes of Google Clips, Google Daydream, Google Goggles, Project Ara, and more at the Google Graveyard.

The Measure app utilized ARCore features to compute an object's dimensions via your Android phone's camera. You could get measurements by simply plotting two points on the screen. Although it wasn't very accurate, it gave a good approximation nonetheless. It debuted on Google Tango hardware such as Asus Zenfone AR and Lenovo Phab 2 Pro. Later, Google rolled it out to millions of ARCore compatible smartphones.

In the last couple of years, Google improved the app's user interface and performance. However, the updates were not so frequent and now the company has finally decided to pull the plug on the Measure app. As per Google, the app won't be available for download via Play Store. Those who already have it on their handsets can continue using it. Just don't expect further support from Google. Those looking for an alternative can head over to a browser-based tool called Measure Up, which works on Android phones.