The debate over who is ultimately responsible for protecting children online continues to rage. Last week, we reported on the latest developments in a story that we first covered back in October 2011 – that of a plan by the United Kingdom Government to force British web users to ‘opt in’ to viewing adult content, by demanding that internet service providers introduce network-level filters that would block such content, unless customers specifically request that the content be made available to them.

That idea remains alive and well, and retains the full support of Prime Minister David Cameron, as well as many other Members of Parliament. But the ISPs aren’t at all happy about being burdened with the responsibility of curating content – and they’re not the only ones to oppose such moves.

This week, at a child welfare summit, Google weighed in on the debate, offering its views to conference delegates about the need to strike an intelligent balance, rather than blundering in with the “blunt instrument” of legislation. The Telegraph reports that Naomi Gummer, a public policy analyst for Google, told the conference that when it comes to these matters, “the idea that laws can adequately protect young people is a myth. Technology is moving so fast that legislation is a blunt tool for addressing these challenges.”

Her comments went further, as she accused parents of being “complicit” in allowing their children to join and use social networking sites, despite being too young to do so. She added that the influence upon children of online sexual content had been exaggerated: “25% of kids have seen sexual images,” she said, “but only 14% saw them online. Of that, 4% say they were upset by the images; 2% of those images are hard-core and violent; and the rest is nudity in the same way as perhaps seen in the offline world.” 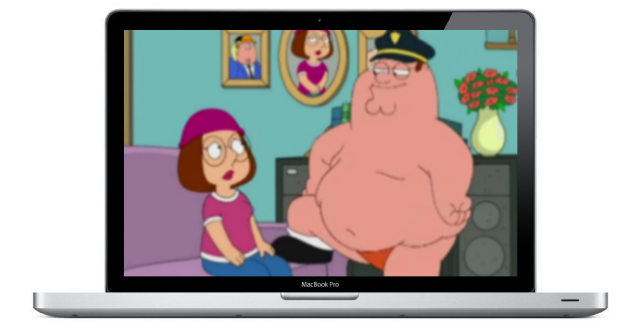 Many believe that parents must do more to monitor their children's online activities,
and to educate their children in what is, and is not, appropriate for them.

A cross-party Inquiry, set up by the Government, reported that many parents simply don’t understand how to properly manage their home computers and devices, to restrict and control the content that their children are able to access. Miss Gummer said that there is a need to focus on “education, not using legislative levers” in addressing this problem.

Her comments will no doubt be supported by Nicholas Lansman of the Internet Service Providers Association (ISPA), who stated last week that “parents should choose how they restrict access to content, be it on the device- or network-level, with the tools provided”.

The only major UK ISP to have partially adopted the new proposals so far, TalkTalk, reported that one in three new subscribers have so far opted to maintain the adult content block on their accounts, from which it can be inferred that two-thirds of new customers have been inconvenienced by the new practice. Yet an online poll by the Telegraph indicated that almost 88% of users (at time of writing) believed that the responsibility for protecting children from adult content lies primarily with parents.

But despite popular opinion appearing to be against them, the proposals remain very much in play. Fiona Mactaggart MP, who helped to establish the proposals, commented on Miss Gummer’s assertions: “Internet companies make so much money out of online pornography that it is not surprising that they would say this. They can’t argue that their industry should uniquely rest outside [of] regulation for the public good. I accept it is not the whole answer, but you can’t say we’re not going to use one of the most powerful tools in the box just because the big players don’t like it.”