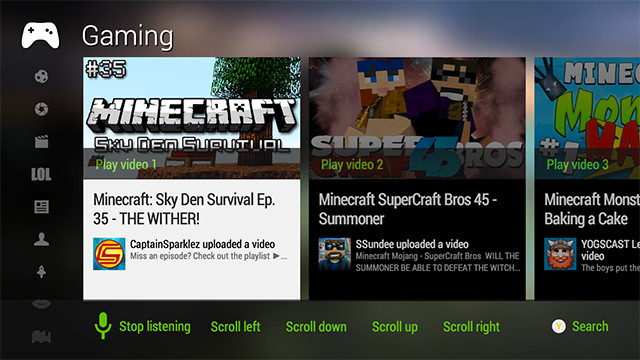 YouTube and Microsoft have a tumultuous relationship, with the former saying it has no plans to release new apps for Windows 8 or Windows Phone because of a lack of consumer adoption. There was also some question as to whether Google would release a YouTube app for Microsoft's upcoming Xbox One console, but a surprise announcement today revealed the app is now available.

A post on the official YouTube blog confirmed the app, noting that voice and gesture commands will be supported through Xbox One's bundled next-generation Kinect sensor. The post notes the app will support 1080p videos; it's not known if 4K videos, which should technically be playable on the console, will also be supported.

Users can view trending content or the channels they subscribe to in the app, and a screenshot posted alongside the blog entry shows a search option.

A separate post on Microsoft's Xbox Wire website states support for snapping the app with Xbox One's multitasking capabilities will be released "in the coming months." The post adds that the app will be released in all markets except Austria, Iceland and New Zealand for the Xbox One's launch on Friday. 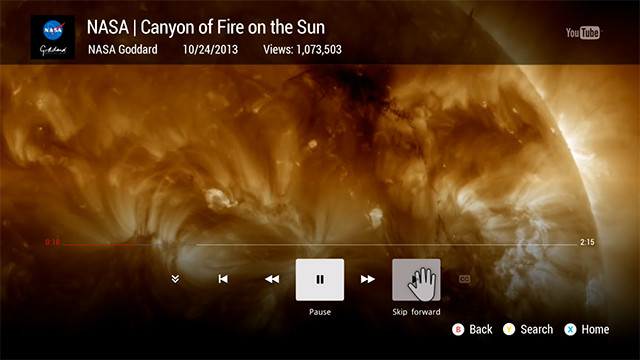 Google's announcement comes as a surprise, as YouTube wasn't listed among the list of launch apps Microsoft revealed on Nov. 8. A YouTube app is available on Microsoft's Xbox 360 console, though Google and Microsoft have sparred over the release of a Microsoft-developed app for Windows Phone. Microsoft had built its own Windows Phone app, but Google blocked Microsoft's access to APIs after certain requests the company made, such as developing the app with HTML5, weren't implemented.