Way back in April, the team behind the popular mapping, traffic and navigation app Waze announced they were taking applications for Windows Phone closed beta testers. Today, both Waze and Microsoft announced that the final non-beta version of the app is now available to download from the Windows Phone Store. 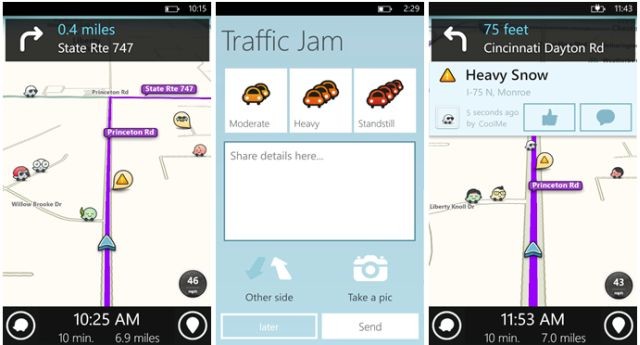 The official Windows Phone blog has the details on the new Waze Windows Phone app, which is already a huge hit on iOS and Android devices, thanks in part to its social networking and reporting features. The blog states

By simply driving around with Waze running, you can outsmart traffic and help improve everybody’s daily commute. For example, you can both report accidents and hazards and see road problems on your route. Community-shared fuel prices make it easy to pinpoint the cheapest gas station. With Waze riding shotgun, it’s also fun and simple to meet up and coordinate with friends on the road.