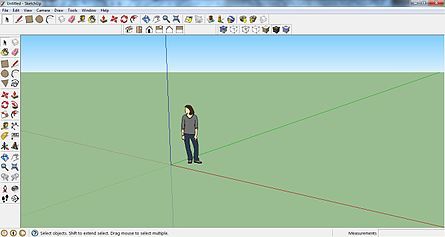 Last week, Google announced it was shutting down a number of its internal projects, continuing a trend that has seen the company close quite a few of its operations over the past year. Today, Google revealed that it's getting rid of yet another of its properties, but this time it's being sold off instead of shut down.

The project is SketchUp, the popular 3D modeling tool that Google acquired back in 2006. Today, Trimble announced it has bought SketchUp and its development team. The specific financial terms were not disclosed.

In a post on the official SketchUp blog, its Product Manager John Bacus talked a little about the reasons the switch was made from Google to Trimble. He states:

We’ll be better able to focus on our core communities: modelers who have been with us from the beginning, as well as future SketchUppers who have yet to discover our products. Designers, builders and makers of things have always been the heart and soul of SketchUp. With Trimble’s commitment to invest in our growth, we’ll be able to innovate and develop new features better than ever before.

He also stated that there were 30 million SketchUp activations in the past year. The free version of SketchUp will continue to be provided to users.