Google has finally managed to get its Voice service onto the iPhone but not in the form of an application.

Both Apple and Google have been the subject of an FCC investigation over the the rejection of a Google Voice iPhone application last year. Google claimed the application was rejected and Apple claimed it was simply delayed. Many questioned whether AT&T had any influence over Apple's decision to put the application on hold.

Google announced today that they are bringing their voice service to the iPhone in the form of a HTML5 browser based application. You're able to make calls, send texts and listen to voicemails in the browser version. 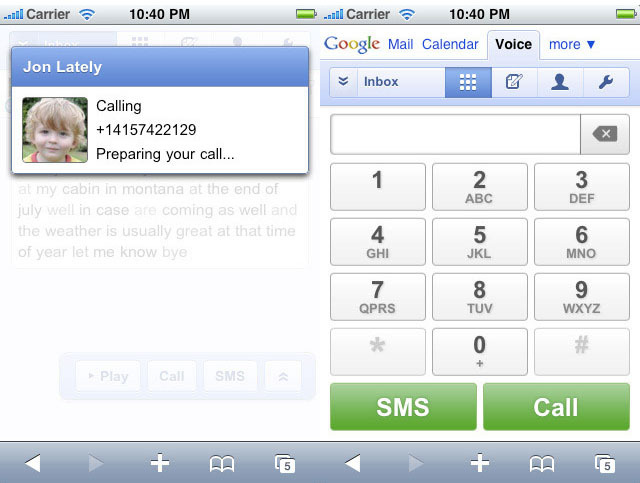