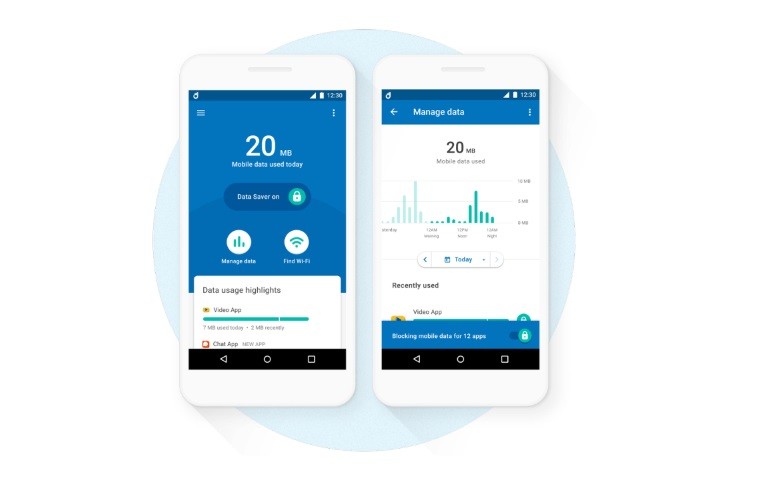 Mobile data isn't cheap in every part of the globe, especially the developing markets. Unlimited data plans are available, but they aren't as affordable as one might think. In order for mobile users to manage their cellular data more efficiently, Google has released Datally. The app was launched in beta form in limited markets, which included the Philippines where the company found out that it helped users save almost 30 percent off their mobile data usage. Starting today, it's available globally and is compatible with devices running Android 5.0 Lollipop and higher.

With Datally, users can efficiently monitor and control their allocated data. Users can find out how much mobile data they are using on an hourly, daily, weekly, or monthly basis. Based on it, the app will give you recommendations on how you can save more data.

Datally also features a data saver function which blocks background data and gives users real-time data usage while using each of their apps. If you find out any app which is eating a lot of your data, you can easily block it with a single tap.

The app also helps users find out nearby user-rated public Wi-Fi networks. It lists nearby networks, and after using it, you can rate it to help others find a quality Wi-Fi hotspot.

If you're interested in trying out the app for yourself, you can download it now from the Google Play Store.