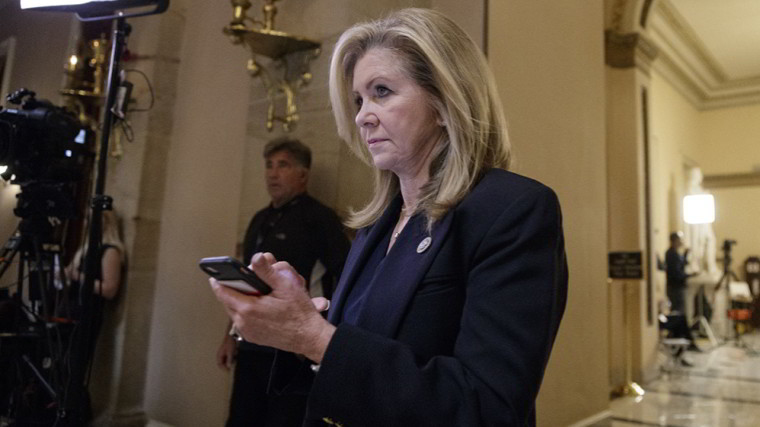 The loss of net neutrality in a 3-2 party-line vote by the FCC has caused a wave of reaction from consumer groups and politicians. Lawsuits have been threatened to overturn the Title II repeal, while Congress is talking seriously about enacting a net neutrality law. However, the first bill introduced seems to do little in the way of offering the same protections that the FCC took away.

The bill, known as the Open Internet Preservation Act, was introduced by House Communications and Technology subcommittee chairperson U.S. Rep. Marsha Blackburn (R-TN), who has previously come out as anti-Title II before. She proposed the ill-fated Internet Freedom Act in 2015, which would have overwritten the FCC's infant net neutrality ruling before it ever became official. The act, however, did not make it through Congress.

@AjitPaiFCC has done his job, now it's up to Congress to do theirs. This bill will ensure there is no blocking, no throttling. It is my honor to sign this bill- let's get it to @realDonaldTrump's desk. pic.twitter.com/jOf0fvFwcd

While not as strict as the old proposal, the new bill would continue to classify ISPs as information services, the less strict Title I measure by which ISPs had been ruled before net neutrality. The bill specifically says that ISPs cannot block or throttle content, but the classification does not include the Title II provision that forbids ISPs from charging companies or online services for prioritization. The "information services" classification would also keep the FCC from ever being able to regulate ISPs at the higher level of common carriers.

In addition, the proposed legislation preempts states from getting involved and creating their own net neutrality laws. The FCC would be the arbiter of complaints against ISPs, and could not enact any rules that may counter what is in the bill.

Net neutrality advocates were not happy with the proposal.

Members of the GOP praised the bill, including FCC commissioner Michael O'Rielly, who was one of the members in favor of the net neutrality repeal. The bill "offers a realistic opportunity for compromise and finality on this much-debated issue," he said in a statement.

The bill has a long way to go for acceptance. Democrats have been pushing for a vote to overturn the FCC's repeal. Also, various state attorneys general are planning to file suit to reinstate net neutrality.

Either way, lawsuits and congressional action have some time before the repeal actually goes into effect. By law, the FCC ruling will not be official until 60 days after it appears in the Federal Register, which could take as long as six weeks to occur.