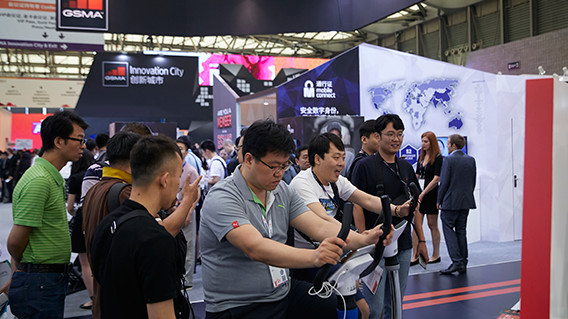 The Mobile World Congress Shanghai is GSMA's annual summer event in China, which was rebranded as such back in 2015. Today, GSMA officially launched the 2018 event, to be held from June 27 through June 29 at the Shanghai New International Expo Centre. Next year's edition is expected to attract more than 60,000 attendees and 600 participating companies.

Under the theme “Discover a Better Future”, the Mobile World Congress Shanghai 2018 will feature exhibitions from major worldwide players in the mobile industry, including China Mobile, Huawei, China Transport Telecommunication and Information, Continental, Ericsson, HTC, Nokia, Qualcomm, Samsung LSI, STMicroelectronics, Volkswagen and ZTE, among others. Another highlight is the NEXTech section, which focus on showcasing disruptive companies and innovative technologies with a focus on VR and AR, robotics, connected and autonomous cars, and artificial intelligence.

As usual for a Mobile World Congress event, GSMA will exhibit its Innovation City, which enables attendees to experience technology in context, particularly in areas such as automotive, healthcare, smart homes and transport logistics. Also, for the first time, the Women4Tech programme will be coming to Shanghai following its successful launch at the Mobile World Congress 2017. One of the highlights of the programme is the Women4Tech Summit, which features senior-level speakers discussing how to ensure gender equality in mainstream work environments.