Microsoft has reduced the price of its two Halo games on the Windows Store by up to 60%. Halo: Spartan Assault which previously sold for $4.99 is now available for $1.49, while Halo: Spartan Strike has been discounted to $2.99, down from its original price of $5.99. These deals, however are a part of the company's weekly Red Stripe Deals so they will run until next Thursday only. 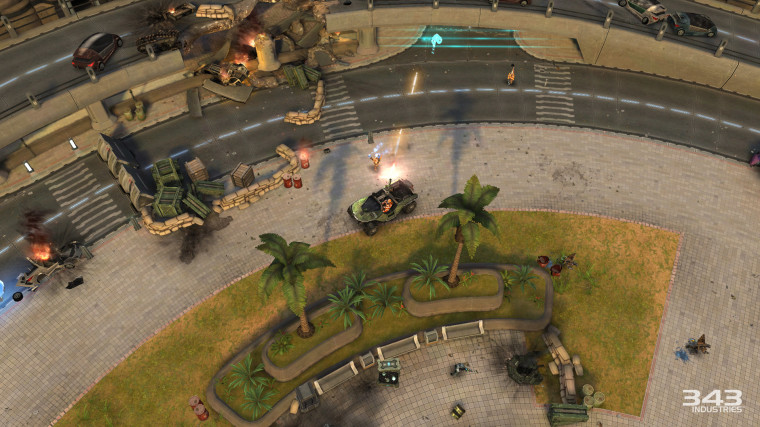 Microsoft released Halo: Spartan Assault more than a year ago, marking the start of the company's universal app strategy. The game takes place in the same universe that developer Bungie first created when they released Halo for the original Xbox in 2001. This new game, which is set in between the events of "Halo 3" and "Halo 4," was co-developed by Vanguard Games and Microsoft's in-house Halo team at 343 Industries. The top-down shooter was highly regarded by many as a decent Halo spin-off game especially for mobile devices and it received a favorable 8.5/10 from Neowin as well.

Seeing its popularity, Microsoft also released Halo: Spartan Strike in April. The game was also released simultaneously on iOS and Windows devices for a slightly higher price of $5.99. It promised improved graphics, environment and controls. New vehicles and weapons were also added including the highly anticipated "Warthog". Halo: Spartan Strike is currently rated higher than its predecessor with a 4.3 star rating as compared to 4.1.

It is important to note that the deal only runs for one week and usually Red Stripe Deals include one Xbox game every week, Microsoft has included two games this week. Being a universal purchase, you can buy both the games for a total of $4.48 (exclusive of taxes) - which is less than the normal price of a single game in the franchise - so you can play it on any Windows device associated with your Microsoft account.